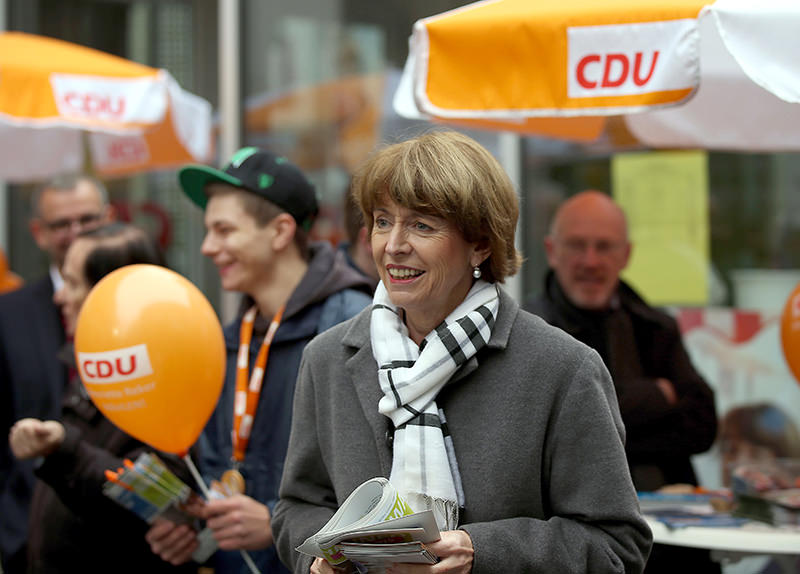 by Daily Sabah with DHA
Oct 18, 2015 12:00 am
While xenophobic and Islamophobic attacks have shown a drastic increase in Germany following the country's decision to accept hundreds of thousands of refugees, the attacker who stabbed pro-refugee mayor candidate of Cologne Henriette Reker turned out to be a neo-Nazi as suspected.

According to German press outlets, the 44-year old attacker Frank S., who was unemployed and was receiving social pensions, was an active member of Freiheitliche Deutsche Arbeiter Partei (Free German Workers' Party / FAP), which was banned by the German Constitutional Court in 1995 due to violent and racist rhetoric.

Frank S. also reportedly posted xenophobic comments over the Internet prior to the attack, and also criticized the country's recent refugee policy in his first statement to police. The prosecutor's office asked for the detection of Frank S.'s mental health.

The attack took place a day before Cologne's local elections on October 18 to choose the west German city's new mayor, and independent candidate Reker was considered among the two prominent candidates in the race. Polls are open in Sunday, although the race was overshadowed by the incident.

The attacker reportedly used two hunter knives in the attack. Reker, who was injured from her neck, is not in critical condition and will cast her vote from her hospital room.