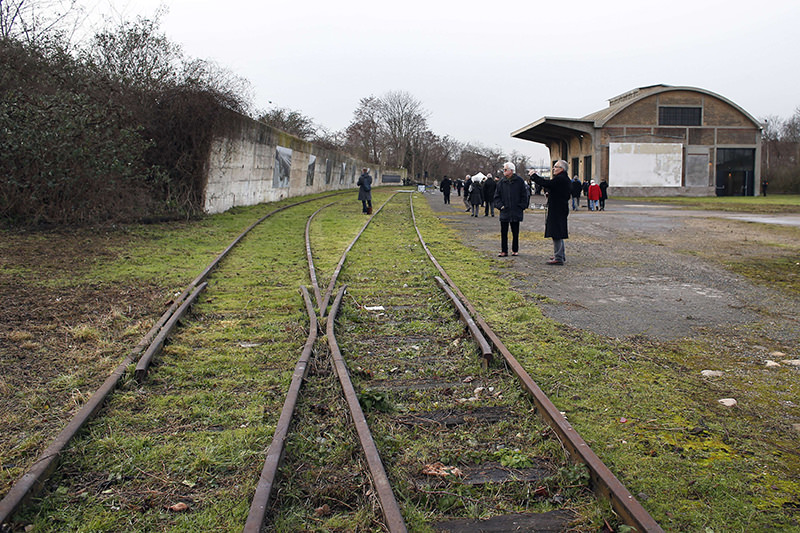 This January 27, 2015 file photo shows people as they attend the inauguration of the renovated goods shed of a former train station in Bobigny, north-east of Paris (AFP Photo)
by Anadolu Agency
Nov 04, 2015 12:00 am
Holocaust survivors transported by French state-owned railway to Nazi death camps during World War II can now apply for compensation from a $60 million fund paid for by France.

In Dec. 2014, France and the U.S. signed the compensation deal after two years of negotiations.

Under the agreement, France should pay $60 million to survivors deported to Nazi camps by the country's state rail company, SNCF.

Survivors of the deportations, or spouses or family members of deportees who have since died can apply for reparations-sponsored by Paris and administered by Washington. Applications were being accepted from Tuesday.

A joint statement from the French foreign ministry and U.S. State Department read: "The United States will administer and distribute this amount to eligible Americans, Israelis and other foreigners and their families who were not entitled to make claims under the existing French program."

Until now, the French railway company has resisted lawsuits brought by American survivors.

In 1995, France's then-president, Jacques Chirac, officially acknowledged French complicity in the wartime deportations. However, it was only in 2009 that France's highest court recognized the state's responsibility.

The deal concerns non-French nationals who were citizens of the U.S. and other countries that do not have bilateral reparations agreements with France.

As part of the agreement, SNCF has separately agreed to re-issue a statement expressing "sorrow and regret" for its role in the deportations.

SNCF will contribute $4 million to Holocaust education and commemoration in the U.S., France and Israel.