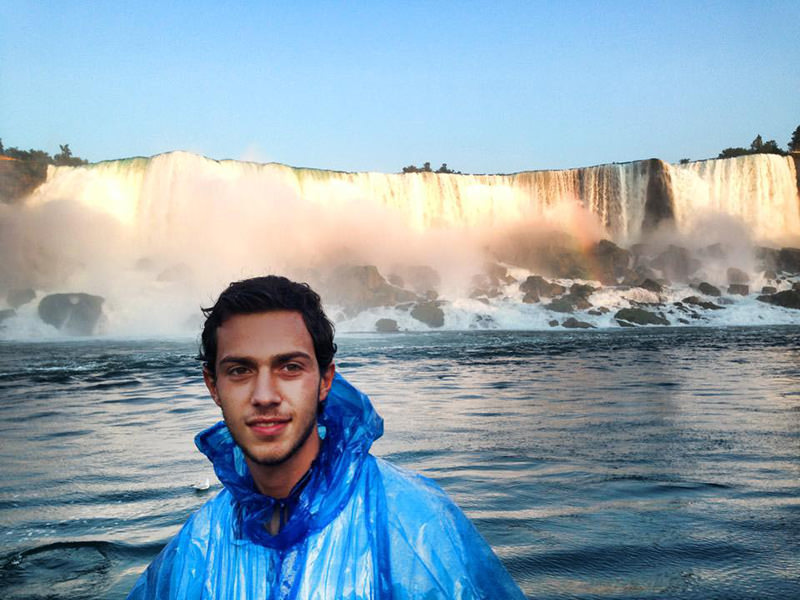 by Compiled from Wire Services Nov 08, 2015 12:00 am
Turkish student Ayberk Mancı, who was heavily wounded in the nightclub fire in Romanian capital Bucharest on October 30, died in the hospital on Sunday.

The announcement was made by Turkey's ambassador to Bucharest Koray Ertaş to the state-run Anadolu Agency. He added that, Serian Mavi, a Romanian citizen with Turkic background from the eastern city of Constanta also passed away in the incident. Ertaş said that the death of Mancı along with 10 other people in the past 24 brought the death toll to 43.

Doğan News Agency reported that Mancı, who was studying translation and interpreting, came to Bucharest one and a half months ago as part of the Erasmus exchange program.

Meanwhile, the AFP reported that along with Mancı, two other people died on Sunday from injuries suffered in a horrific fire that brought down Romania's government, putting the death toll at 44.

The chief of Floreasca hospital's plastic surgery department said two of the victims, including Mancı, died a day after nine other wounded lost their lives, including two who had been transferred to the Netherlands for treatment.

A third person, a young Romanian man, died on Sunday in a hospital for burn victims, the medical center's director Cristian Nitescu said.

"The next seven days will be the most difficult with regards to treating the wounded," Health Minister Nicolae Banicioiu said Saturday. "We welcome any help, any medical teams coming from abroad."

Turkey's Health Ministry and the General Staff of the Armed Forces have sent experts to treat some 180 wounded.

Romanian media criticized the authorities for failing to transfer some of the wounded to hospitals abroad in time.

"Why has Romania not asked for international help before?" Gandul daily wrote, adding that the country's hospitals were struggling to treat more than 140 people wounded in the tragedy at the Colectiv nightclub.

Eighteen people were transferred abroad on Saturday -- eight to Belgium, eight to the Netherlands and two to Austria. Two more will be flown to Britain and Hungary on Sunday, the defense ministry said.

Doctors say some 100 wounded remain hospitalized, among them 44 in critical condition.

The fire broke out when fireworks let off during a rock band's performance triggered a blaze and a stampede as panicked revelers tried to flee.

The tragedy sparked mass anti-government protests, with many viewing compromised safety standards at the club as emblematic of Romania's wider problem with rampant corruption.

Prime Minister Victor Ponta, who had been under pressure for weeks as he goes on trial on corruption charges, quit on Wednesday, saying it was right for top officials to take responsibility for the tragedy.

Initial investigations suggest numerous breaches of the safety rules at the club, including a lack of emergency exits and the fact that flammable materials were used for sound insulation.

The club's three bosses, detained since Tuesday on manslaughter charges, did not have the authorization to host concerts, let alone pyrotechnic shows.

Ponta's resignation has not stemmed the huge protests by Romanians demanding a "profound change" in the way the country is governed.
Last Update: Nov 08, 2015 6:50 pm
RELATED TOPICS