Catalan parliament votes to secede from Spain by 2017 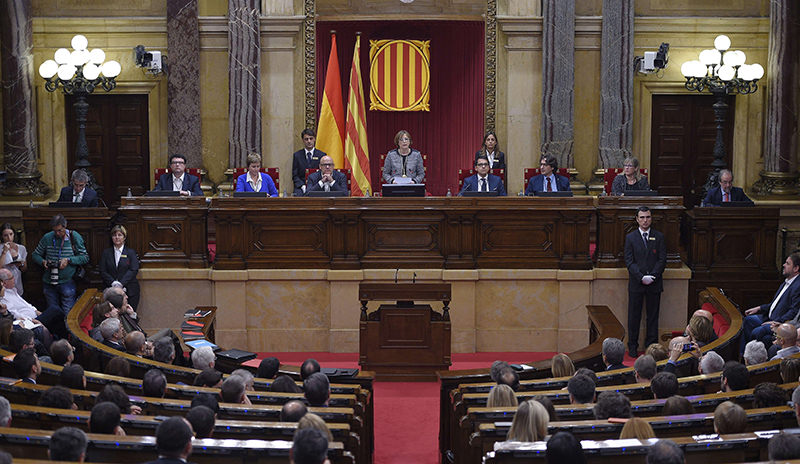 Carme Forcadell (C) delivers her first speech as Parliament's new president during the Catalan regional Parliament's constitutive session on October 26, 2015 (AFP Photo)
by Compiled from Wire Services Nov 09, 2015 12:00 am
The regional parliament of northeastern Catalonia has approved a plan to set up road map for independence from Spain by 2017, in defiance of the central government.

All 72 separatist lawmakers -- the majority in the northeastern region's parliament -- voted for a resolution aimed at creating an independent republic by 2017.

The proposal was tabled by pro-secession lawmakers from the "Together for Yes" alliance and the extreme left-wing Popular Unity Candidacy (CUP). The groups together obtained a parliamentary majority in regional elections in September.

Parties favouring independence from Spain won a majority of seats in the Catalan regional election in September. The Spanish constitution does not allow any region to break away, however, and the centre-right government of Spanish premier Mariano Rajoy, facing a general election in December, has said it will immediately seek to block the resolution in the courts.