Cameron lays out demands for UK to stay in EU 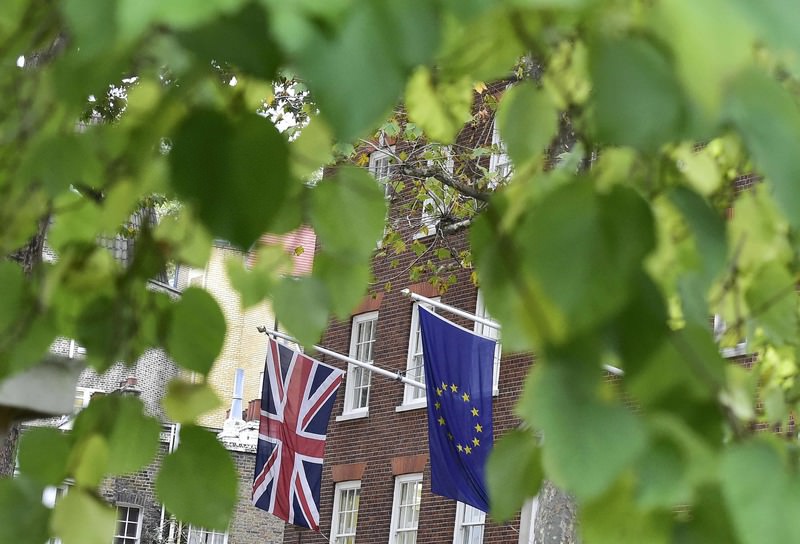 by French Press Agency - AFP
Nov 11, 2015 12:00 am
Prime Minister David Cameron warned Tuesday that Britain could leave the EU if it does not get the reforms it wants, as he laid out demands that European leaders said would be "difficult" to meet in full.

But Cameron said he was confident he could clinch an agreement to avert "Brexit" in a referendum due to be held by 2017, but would not rule out campaigning to leave the 28-member bloc if his demands are not met.

"The referendum... will be a once-in-a-generation choice," Cameron told an audience in London.

"This is a huge decision for our country -- perhaps the biggest we'll make in our lifetime."

While the letter contained little new detail, it helped crystallise that the main fight Cameron faces is over his plan to slash immigration by restricting state benefits to migrants from elsewhere in the EU for their first four years in Britain.

A European Commission spokesman called this idea "highly problematic" while German Chancellor Angela Merkel thought there were "some difficult (demands), others that are less difficult" while stressing she was "reasonably confident" of a deal.

Europe Minister David Lidington acknowledged "concerns" among other EU countries on the issue, adding it was the "outcome" that was important.

But eurosceptics in Britain accused Cameron of already watering down his demands after he said that he was "open to different ways of dealing with" migration.

Several British newspapers reported Cameron's speech as a climbdown on the demand for a four-year benefits residency qualification, which had been a manifesto pledge of his centre-right Conservative party.

"Cameron gives way on welfare barriers for EU migrants" read the front page of the Financial Times, while the Sun's read "the PM has wobbled on his election pledge".

Some analysts agreed. "My sense is that the line is softening," John Springford, senior research fellow at the Centre for European Reform, told AFP.

"The letter, and David Lidington's remarks, suggest that Britain will seek a compromise."

But eurosceptics reacted with scepticism to his demands.

Conservative eurosceptic Jacob Rees-Mogg called Cameron's speech "pretty thin gruel", while another, Bernard Jenkin, demanded: "Is that it? Is that the sum total of the government's position in the renegotiation?"

UKIP leader Nigel Farage said it was "clear that Mr Cameron is not aiming for any substantial renegotiation."

He added: "His speech was an attempt to portray a new 'third way' relationship with Brussels that is simply not on offer."

The campaign for Britain to stay in the EU called Cameron's package of measures "sensible and sound".

"I worry a lot about the strong trend in Europe to pull back from market integration," Obstfeld told AFP.

"One factor is the refugee crisis...Another obvious one is Britain wanting to possibly leave the European Union."

Cameron's speech came nearly three years after he first pledged a referendum on whether Britain should remain in the EU, under pressure from eurosceptics in his Conservative Party and the anti-EU UK Independence Party.

Britain's turbulent ties with Brussels go back far further than the Cameron era.

The country joined what was then the European Economic Community in 1973 but has remained removed from the heart of Europe under successive prime ministers.

One of Cameron's Conservative predecessors, Margaret Thatcher, became an icon for eurosceptics in 1984 by securing an annual budget rebate for Britain by banging the table and demanding: "I want my money back."

Britain also notably stayed out of the euro when it was launched in 2002.

After Cameron won May's general election, his promise of a referendum became reality. Senior Conservatives and experts predict it could be held as early as next year.

Tusk will start consultations with member states on Britain's proposals next week, while December sees a crunch European summit in Brussels at which Britain's demands will be discussed.

Lidington has played down the likelihood of getting a deal at that stage, while in Brussels, EU sources warned of trouble ahead.
"At some point they (the British) will have to climb down their tree," one told AFP.
Last Update: Nov 12, 2015 10:15 am