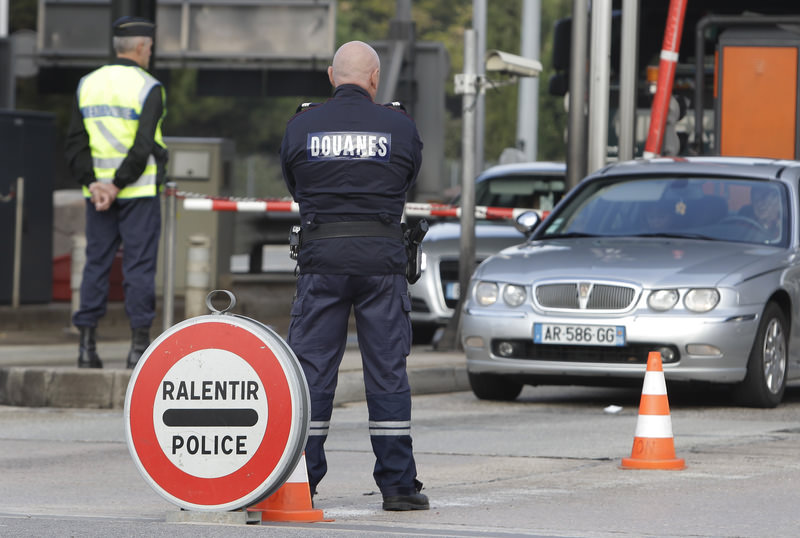 by Associated Press
Nov 12, 2015 12:00 am
European leaders scrambled Thursday to keep their passport-free travel zone from collapsing, after Germany, Sweden and Slovenia acted on their own to tighten borders or erect fences to slow the relentless influx of people marching into Europe.

A two-day summit held on the Mediterranean island of Malta was meant to focus on how to send back to Africa those who don't qualify for asylum and discourage others from attempting the risky journey across the seas in search of a better life.

But the gathering of European Union and African leaders quickly became overshadowed by fears that one of Europe's prized benefits the ease of travel through its Schengen passport-free area was unraveling.

He cited individual moves by Germany, Sweden, Slovenia and other EU nations in response to what they see as threats to their border security from the tens of thousands of asylum-seekers who have been streaming in from Africa, the Middle East and Asia.

"Without effective control of our external borders, Schengen will not survive," Tusk said. "We must hurry, but without panic."

The Schengen travel zone involves 30 nations, including some not in the European Union.

Tusk's remarks came at the end of a migration summit between EU and African leaders, where they signed up to an action plan of short and longer term measures to halt the flow of Africans coming to Europe and steps to send back those who don't qualify for asylum.

They also signed on to an emergency package of migration aid worth 1.8 billion euros ($1.9 billion) that select African nations will be able to use.

The Europeans quickly huddled after the summit for informal talks about how to cope with their biggest refugee emergency in decades. The bloc estimates that up to 3 million more people could arrive in Europe seeking sanctuary or jobs by 2017.

Many people are arriving in Europe via Turkey, and Tusk announced that the EU hopes to host a summit with Turkey in Brussels by the end of this month.

The EU is offering Turkey which is hosting more than 2 million Syrian refugees a package of sweeteners for it to crack down on border security, including billions of euros and speeding up its EU membership talks.

Turkey has asked to be present at high-level EU meetings, and the summit is being described as an "easy deliverable" to get Ankara to boost border security.

The mass influx to Europe has overwhelmed border authorities and countries simply to do not have the capacity to accommodate everyone.

Sweden with the highest number of migrants per capita in Europe reintroduced border controls on Thursday, and its leader defended the move.

"When our authorities tell us we cannot guarantee the security and control of our borders, we need to listen," Prime Minister Stefan Lofven said.

Lofven said his EU partners understand the move and called for an overhaul of the rules governing Europe's passport-free area.

"We need another system. That is obvious," he said.

Tensions were also high Thursday in the Balkans, as Slovenia continued to erect a razor-wire fence on its border with Croatia to hold back the migrant influx.

The two countries have a long-standing territorial dispute dating back to the wars in Yugoslavia in the 1990s, and Croatia believes the border fence is encroaching on its soil. Their leaders met in Malta on Thursday to try to calm the row.

Slovenia says it is being overwhelmed by the arrival of more than 180,000 asylum-seekers moving toward Western Europe since mid-October.

Despite the influx, EU nations have been slow to move on the ground. A plan to share 160,000 refugees from Italy and Greece has barely moved, with around 130 having left for other host nations.