EU to hold refugee summit with Turkey 'as soon as possible' 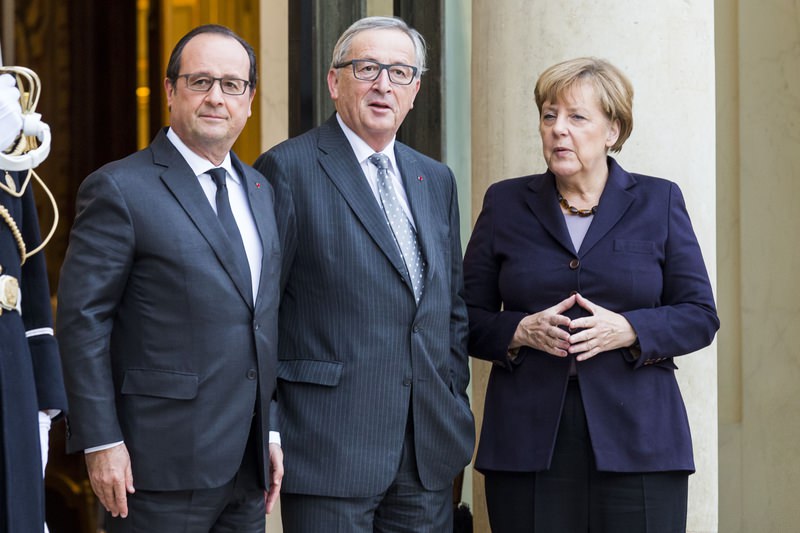 by daily sabah
Nov 12, 2015 12:00 am
The European Union has agreed to hold a summit on the refugee crisis with Turkey in the coming weeks, clearing the way for fresh talks aimed at securing Ankara's help to resolve the crisis.

"We are ready to hold a special summit with the 28 member states with Turkey invited as soon as possible, I do not have a date yet but it could still be this year," EU President Donald Tusk said.

"It was decided that there will be a European Council with Turkey invited," French President Francois Hollande told reporters after a meeting of EU leaders in the Maltese capital. "It could be held at the end of November or beginning of December."

More than 650,000 of the 800,000 refugees who have reached European Union countries by sea this year have left from Turkey, which is home to two million refugees from neighboring Syria and other countries in the region.

As a neighbor of Syria, Turkey worries that around 2 million more refugees might come to Turkey in addition to those who are already here, which will mean a total of 4 million Syrian refugees could be accommodating in Turkey.

President Recep Tayyip Erdoğan is planning to underline that 'such a refugee influx is beyond Turkey's accommodation capacity', at the G20 Leaders' Summit in Antalya as he is set to hold meetings with U.S. President Barack Obama, Russian President Vladimir Putin and various other European presidents.
Last Update: Nov 12, 2015 8:10 pm