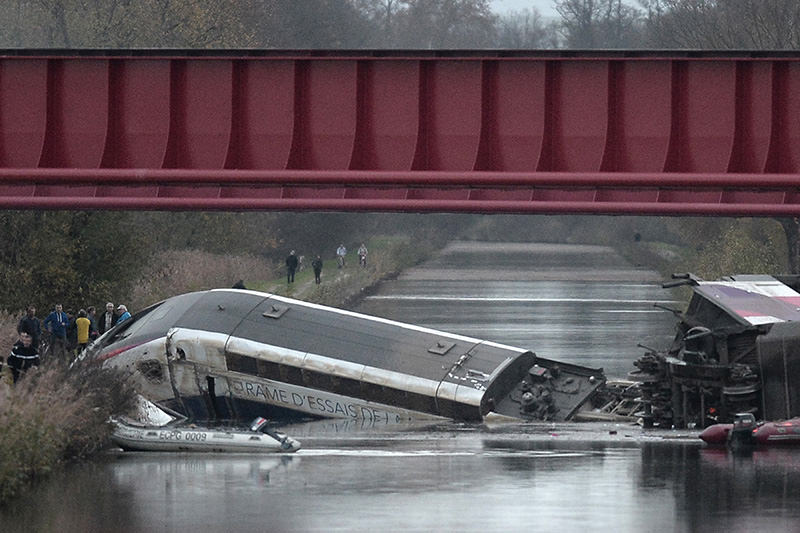 by Daily Sabah with Wires
Nov 14, 2015 12:00 am
A TGV train derailed near French city of Strasbourg on Saturday, killing five and injuring seven others, according to initial reports. The incident is not terror related witnesses, local media also said.

The high-speed train derailed in Eckwersheim in the Bas-Rhin department of Alsace in northeastern France, near the German border mid-afternoon on Saturday.

There were no immediate indications that Saturday's crash into the Marne au Rhin canal had anything to do with the deadly terrorist attacks in Paris a day earlier, said spokeswoman Viviane Chevallier of the Bas-Rhin region.

Authorities believe the TGV high-speed train, with 49 people on board, was going too fast and skipped off the tracks in the town of Eckwerscheim near the German border, she said.

Five helicopters were deployed to evacuate the injured to hospital in the nearby city of Strasbourg. Two government ministers were en route to the site.
Last Update: Nov 14, 2015 8:26 pm