EU should not reject refugees based on Paris attacks, EU Commission head says 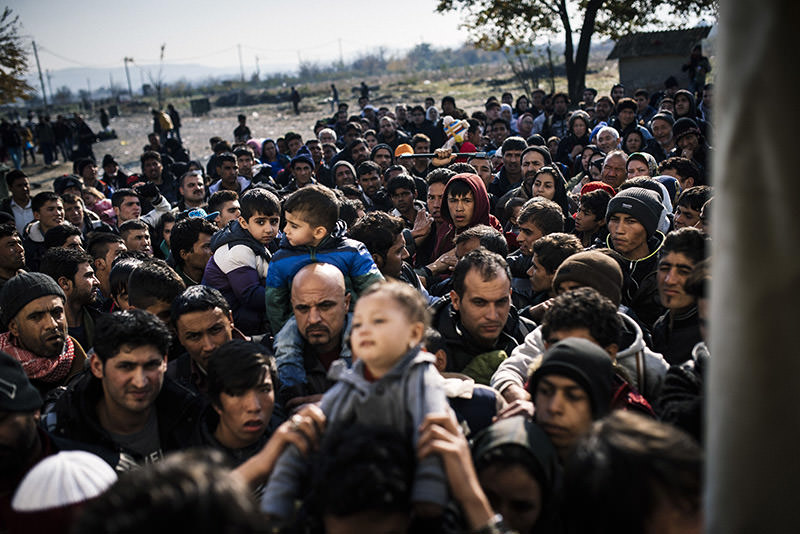 Refugees wait to enter a registration camp after crossing the Greek-Macedonian border near Gevgelija on November 14, 2015 (AFP Photo)
by reuters
Nov 15, 2015 12:00 am
European Union countries should not give in to base reactions of rejecting refugees after the Paris attacks because the shooters in France were criminals, not asylum seekers, the head of the European Commission Jean-Claude Juncker said on Sunday.

Top Polish and Slovak officials have poured cold water on the EU refugee relocation plan right after the attacks, saying the violence underlined the concerns of Europeans about taking in Muslim refugees.

"We should not mix the different categories of people coming to Europe," Juncker told a news conference on the sidelines of a G20 summit of world leaders in the Turkish resort town of Belek in the coastal province of Antalya.

One of the attackers in Paris has been identified as having entered the EU through Greece with other refugees.

"The one responsible for the attacks in Paris... he is a criminal and not a refugee and not an asylum seeker," Juncker said.

"I would invite those in Europe who try to change the migration agenda we have adopted -- I would like to remind them to be serious about this and not to give in to these basic reactions that I do not like," Juncker said.

"I see the difficulty but I don't see the need to change our general approach," he said.