One of Paris attackers came through Greece as a refugee, officials say 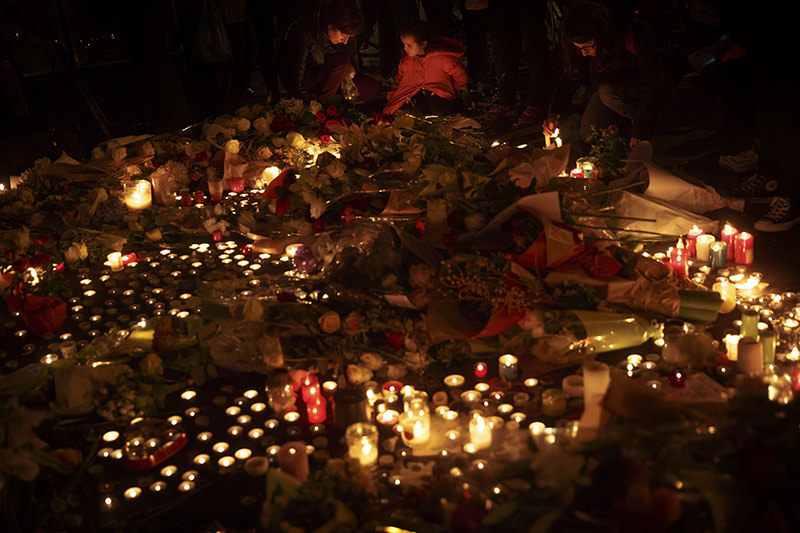 | AP Photo
by Daily Sabah with Agencies Nov 15, 2015 12:00 am
French police have identified the first of seven gunmen who killed at least 129 people, and said the perpetrator came as a refugee through Greece, as international investigators stepped up their probes into Paris's worst ever attacks.

A Syrian passport belonging to a person born in 1990 was found near the body of a suicide bomber who had targeted the Stade de France.

Though investigators have not stated that the passport belonged to the suspect, authorities in Greece confirmed that the owner of passport arrived in Europe in October as a refugee.

The Blic newspaper in Belgrade on Sunday reported that Serbian authorities had records of the man named in the passport, identified as Ahmad Almohammad, 25, as passing from Greece into Serbia.

The Vecernji List newspaper in Zagreb reported that he passed from Serbia into Croatia on October 8.

ISIS terrorists said they were behind the gun and suicide attacks that left a trail of destruction at a sold-out concert hall, at restaurants and bars, and outside France's Stade de France national stadium.

The attacks sent shockwaves around the world, with London's Tower Bridge, Berlin's Brandenburg Gate and the World Trade Center in New York among the many landmarks lit up in the red, white and blue of the French national flag in a show of solidarity.

The attacks, which killed 129 people and wounded 352, including 99 critically, were the first ever suicide bombings on French soil. Unlike those in January, none of the assailants had ever been jailed for terror offences.