Panic breaks out at Republique Plaza, scene of Paris attacks, after false alarm 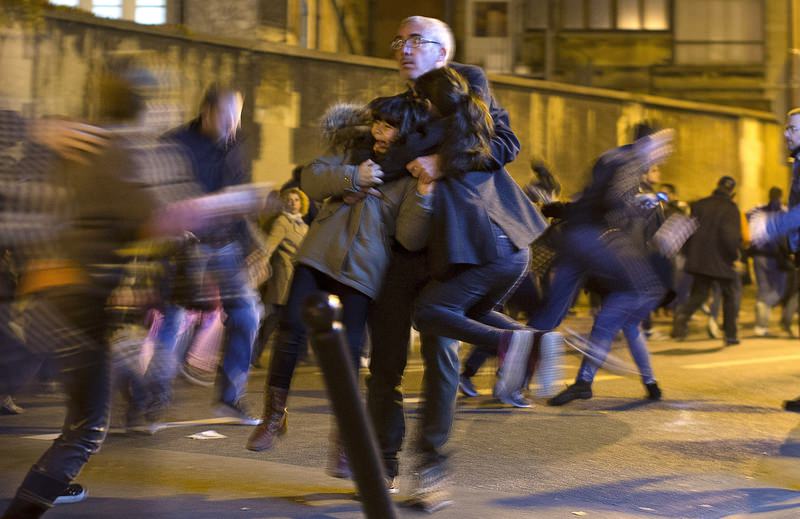 Another wave of panic took over France late Sunday as police ordered the evacuation of the Place de la Republique memorial for the Paris attacks.

Hundreds of people who had been gathered in central Paris were dispersed suddenly on Sunday evening for reasons that were not clear, a Reuters witness said.

With Parisians' nerves still on edge after Fridays shootings and suicide bombings, people suddenly all began running away from the square, a Reuters witness at the scene said.

TV pictures that had earlier been showing people gathered around a monument to commemorate those killed in Friday's shootings later showed the scene nearly empty.

An official from the emergency services said some members of the public had believed they had heard gunfire.

There was also panicked movement of crowds outside a bar that had been the scene of a shooting on Friday, and where people had gathered in vigil Sunday evening. A second police official said that had also been a false alarm.