Closing borders would mean the end of the European idea, Austrian Chancellor warns 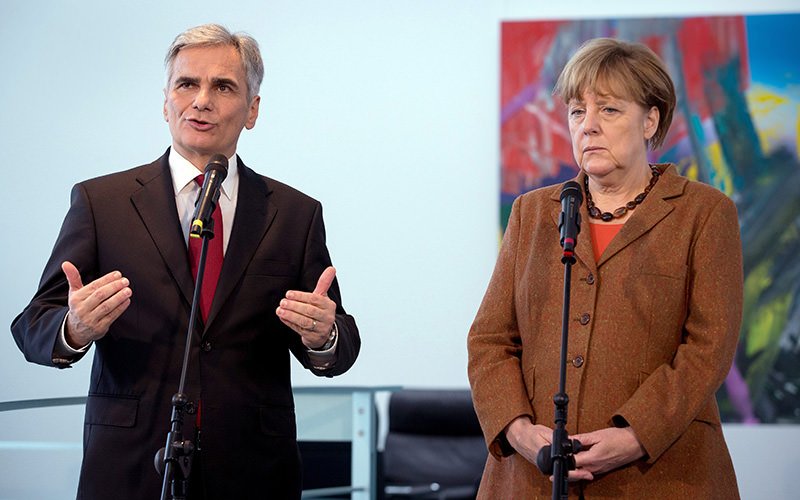 "One must control' but closing borders would mean the end of Schengen and the European idea," Faymann told German public television ARD on Thursday, ahead of talks with Chancellor Angela Merkel in Berlin.

He said Europe should observe humanitarian responsibilities but also take measures for an orderly management of refugee flows.

Faymann criticized neighboring Hungary for building a fence on its border with Serbia and Croatia, stressed that EU member states should focus on the root causes of the problem and swiftly conclude a cooperation agreement with Ankara to improve to conditions of refugee camps in Turkey.

Faymann also warned against mixing the refugee crisis with the terrorism after the attacks in Paris.

"Refugees are also escaping from terrorists, running for their lives," he stressed.

At least 710,000 migrants entered the EU in the first nine months of 2015, according to EU's border agency, Frontex.

Many of them are trying to reach Western industrialized nations, including Germany, using Austria as the main transit route.

Around 577,000 refugees arrived in Germany between January and September, putting Angela Merkel's government under pressure.

Merkel called on EU partners on Thursday to take quick steps in sharing the burden of the refugee crisis, saying there should be a "fair distribution" of people across member states.

According to an agreement among EU members in September, 160,000 asylum seekers are supposed to be distributed across the 28-nation bloc, mainly from the most affected countries such as Italy and Greece, to other member states.

However, EU countries have so far only relocated 158 refugees of the 160,000, according to the latest statistics published by the European Commission this week.
Last Update: Nov 19, 2015 5:22 pm