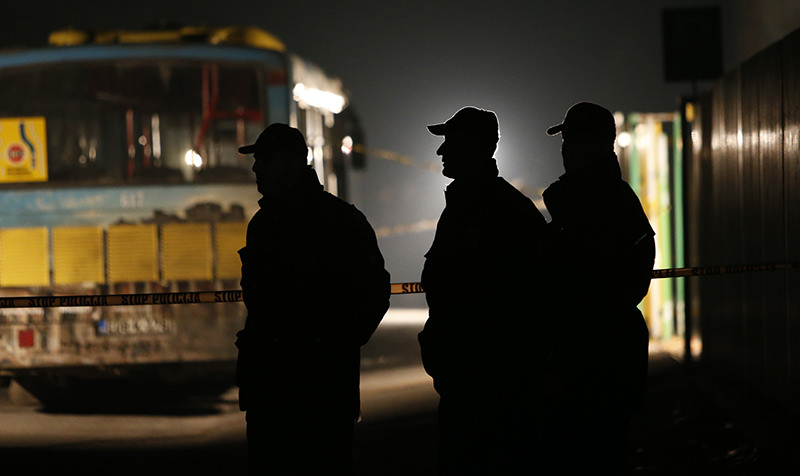 According to initial local reports, the attacker killed the soldiers in a betting parlor in Rajloviac on the outskirts of the capital. He also opened fire at a bus.

At least one person was injured, according to news reports.

Sarajevo police commissioner Vahid Cosic dismissed speculation that the attack was carried out by a member of the radical community in Bosnia and was possibly related to terrorism.

"Those are rumours and insinuations. It is too soon and we cannot say things like that," Cosic said, according to the daily Dnevni Avaz online edition.

Bosnian Prime Minister Denis Zvizdic has said that "shooting at soldiers means shooting at the state" after a gunman killed two members of the country's armed forces in Sarajevo.

"These things will be sanctioned. Shooting at soldiers means shooting at the state of Bosnia and Herzegovina," said Zvizdic.

He confirmed that Bosnia had raised its security level in response to the attack and said an investigation was ongoing.

"In Bosnia and Herzegovina it is unacceptable that anyone can shoot at uniformed soldiers. This is the reason for this meeting. This is the key message. The level of security will be increased to the highest level," said Zvizdic.

Meanwhile, Boris Grubesic, spokesman for the Prosecutor's Office of Bosnia, said that the murder of two members of the Armed Forces of Bosnia qualified as an act of terrorism.