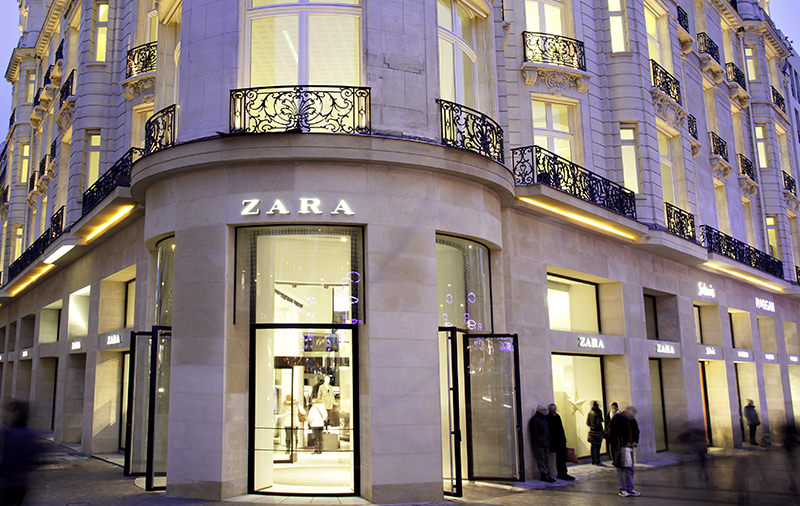 Zara store at Champs-u00c9lysu00e9es in Paris, France (Inditex website)
by French Press Agency - AFP
Nov 19, 2015 12:00 am
Zara fired two employees from a French store on Tuesday after social media outrage over a woman being denied entry for wearing a Muslim headscarf.

"This type of mentality is unheard of at Zara and there have never been instructions given out to act this way," said Jean-Jacques Salaun, head of Zara's French stores.

Zara released a statement, apologizing for the incident:

"We would like to sincerely apologize for what has happened. Our Country Head in France has personally contacted this customer to apologize for the incident and to express our utter disagreement with such actions, which are completely opposite to the principles of our Company. Both the security staff and the store manager have been sanctioned. Once again, we are deeply sorry about this."

Salaun said a security guard at the store in Plaisir, west of Paris, asked the woman to remove her headscarf, known as a hijab. When the woman refused, she was not allowed to enter.

French law bars people from wearing full-face veils such as with the burqa or the niqab, but the hijab covers only a woman's hair.

The Spanish company confirmed it had dismissed the manager and security guard.

The incident occurred during a tense weekend in France following terrorist attacks that left 129 dead.

Video of the encounter was posted on social media, prompting calls for a boycott.

Salaun said he offered the woman a full apology as soon as he heard about the incident.

"Respect for diversity is the fundamental pillar on which Inditex (Zara's parent company) was founded, with more than 140,000 employees worldwide representing a rich multitude of cultures and religions," Zara said in a statement.
Last Update: Nov 19, 2015 3:06 pm