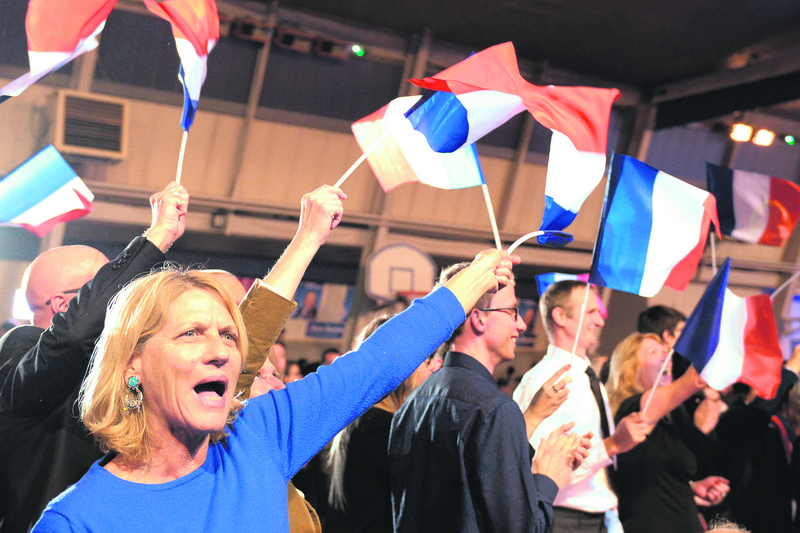 European Parliament's Schulz warns that the EU is in danger and there are forces trying to pull it apart. Meanwhile, claims say Russia is funding far-right and Eurosceptic parties to ‘reverse the course of European history in favor of Moscow'

The European Union is at risk of falling apart and EU supporters must fight to keep it, the head of the European Parliament said, Reuters reported on Tuesday. Speaking to a German newspaper Die Welt,

Martin Schulz warned that "there were forces trying to pull it apart." Reuters cited Schulz saying, "No one can say whether the EU will still exist in this form in 10 years' time. If we want that then we need to fight very hard for it." He did not specify what the danger that threatens the EU was, but according to Reuters, much of the interview revolved around the migran crisis, which has brought Europe's unity and tolerance into question during the year.

Similarly, Europe's passport-free Schengen zone has come under immense pressure, as more countries reinstate border controls after hundreds of thousands of migrants fleeing war and poverty arrive in Europe. Last month, EU Council President Donald Tusk warned that "Saving Schengen is a race against time." Schulz emphasized that in order to tackle challenges like migration, it is necessary "to act together as the EU." European Commission President Jean-Claude Juncker also warned the euro currency would be jeopardized if the Schengen system unravels. "If the spirit of Schengen leaves our lands and our hearts, we will lose more than Schengen. A single currency makes no sense if Schengen falls. It is one of the keystones of the European construction," Juncker said.

Recently, Europe has witnessed a shift towards the right-wing, Eurosceptic parties, which have been gaining popularity amid rising public fears regarding the refugee influx. The polls showed a rise in support for right-wing parties in Austria, Poland and Switzerland. Similarly, anti-migrant and anti-Islam movements such as PEGIDA (Patriotic Europeans Against the Islamisation of the Occident") have been on the rise. Last month, Hungarian Foreign Minister Peter Szijjarto accused the EU of suffering from hypocrisy and from political correctness. Denmark said "No" to a government proposal last week that suggested adopting the bloc's justice rules. Poland's Law and Justice (PiS) party, which is another Eurosceptic party, won the general election. And lastly, France's Front National saw record gains in the first round of regional polls on Sunday.

Previously, Marine Le Pen, the head of France's far-right National Front (FN), admitted that her party received money from a Russian bank, according to The Times. There has already been growing evidence that the Kremlin backs euro septic parties across the continent, according to reports on the news website, The Week.

The Week reported that Le Pen admitted that her anti-immigrant and anti-EU party received 9 million euros last September from the Russian-owned First Czech-Russian Bank. France 24 also quoted party treasurer, Wallerand de Saint-Just, as saying that "the Russian loan would cover part of the FN's campaigning expenses ahead of national elections in 2017," meaning the money would be used to fund election campaigns.

Russian loans are only being capitalized on by France, according to reports. Other euro septic parties allegedly include Golden Dawn of Greece, Vlaams Beland of Belgium, Jobbik of Hungary and the Freedom Party of Austria, which all capitalize on Russian loans, The Week reported.

Meanwhile, France 24 cited a report by the French weekly Nouvel Observateur which suggests that FN leaders had been in communication with the Russian ambassador in Paris on a regular basis and that "the Kremlin considers the party has the ability to reverse the course of European history in favor of Moscow." According to France 24, Le Pen also made multiple trips to Moscow after she took over for her father in 2011.

The self-asserting policies implemented by Russia during the Ukraine crisis – amassing Russian troops on the Ukrainian border and financially supporting rebels in eastern Ukraine – have led to increasing tensions and deteriorating bilateral relations between the West and Moscow ever since the hostilities erupted in April 2014.

France's FN saw record gains in the first round of regional polls which were held in a state of emergency just three weeks after terrorists killed 130 people in Paris. The party's unwavering stance regarding the Paris attacks – that there is a direct link between the refugee crisis and terrorism – has also helped it climb in the polls since the massacre. Similarly, the FN's anti-EU and anti-immigrant narrative has been another propelling factor for the majority of French voters, who have been witnessing dipping unemployment rates for years. A potential victory next week would be the first time for the FN regarding control of the regional government and it would also give Le Pen a steppingstone for her presidential bid in 2017.
RELATED TOPICS