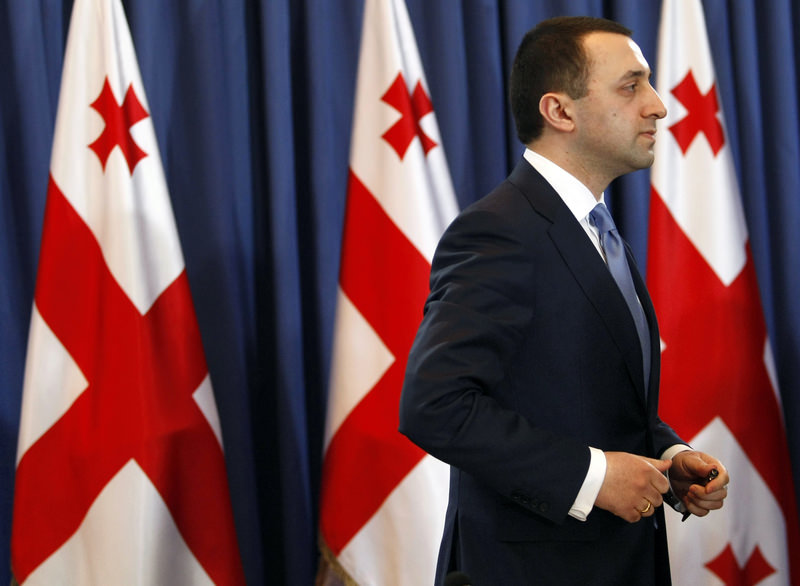 Garibashvili is an ally of billionaire Bidzina Ivanishvili, whose Georgian Dream party routed supporters of former President Mikhail Saakashvili in a 2012 election. He has served as prime minister of the former Soviet nation since November 2013.

Garibashvili didn't immediately specify the reason behind his resignation as he made the announcement Wednesday.

Georgian media had speculated that Garibashvili would step down to focus all his energy on the campaign for Georgian Dream in parliamentary elections next November. The party's popularity has steadily fallen as voters have been disappointed by its failure to improve living standards.

In contrast, support for Saakashvili's National Movement has risen and some recent polls indicated that it has caught up with the Georgian Dream or even overtaken it in popularity.

Some other reports have alleged that Garibashvili could be aiming to become mayor of the capital Tbilisi.

Under Georgian law, President Giorgi Margvelashvili now has seven days to name a candidate for the prime minister's post, who then must be approved by parliament. The Georgian Dream has a majority in parliament, so the approval of a new prime minister is expected to be smooth.
Last Update: Dec 24, 2015 11:47 am
RELATED TOPICS