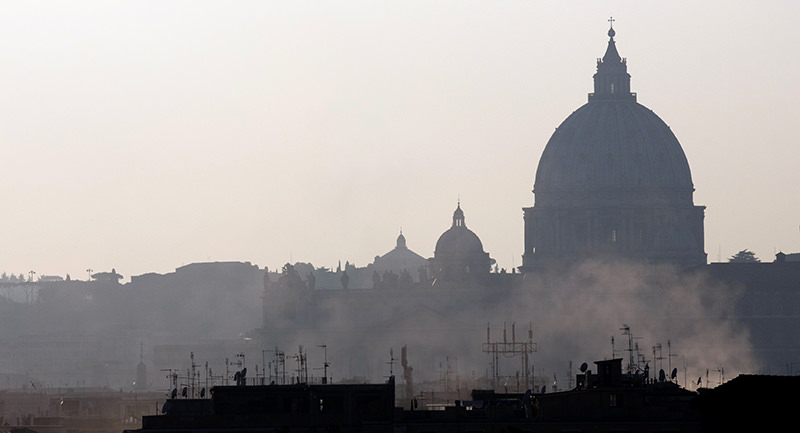 Prefect Francesco Paolo Tronca, a caretaker administrator for Rome, said there would be a restriction rather than a blanket ban Monday and Tuesday to better balance people's right to movement with environmental protection needs.

In a scheme familiar to motorists in Rome and other Italian cities, traffic was to be limited according to the last digit of car number plates: odd numbers were to be allowed on the road one day, and even ones on the next.

Rome and Milan are Italy's two biggest cities, with populations of 2.9 million and 1.3 million respectively. During the traffic restrictions, people in both metropolises will be offered reduced-price public transport tickets.

In Rome, Tronca also tightened regulations on winter heating, ordering households and offices to lower their thermostats to 18 degrees maximum, and to keep heating systems running for no more than eight hours per day, rather than 12.

The concentration of PM 10 and PM 2.5 particulates - tiny carcinogenic dust particles also associated with heart and lung diseases - has been dangerously high in Rome, Milan and several other Italian cities, including Naples and Turin.

This has been partly due to the absence of wind and rain, which help sweep away pollution.

"This situation is an emergency but is certainly not exceptional. Every year, in this season we face pollution peaks and relying on rain [...] is not exactly the most effective and useful solution," Legambiente President Rossella Muroni said in a Tuesday statement.

Last month the European Environment Agency said PM 2.5 pollution was responsible for 59,500 premature deaths in Italy in 2012, an EU record the country shared with Germany. In the entire 28-member bloc the total early death tally was 403,000.