Merkel: Germany's influx of refugees is an opportunity 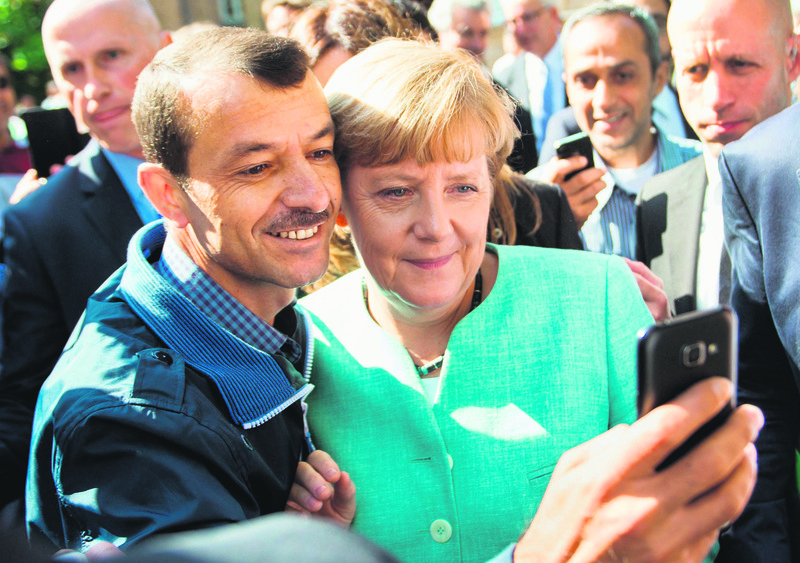 by reuters Jan 01, 2016 12:00 am
German society and the economy stand to benefit from the influx of hundreds of thousands of refugees, Chancellor Angela Merkel said Thursday, repeating her optimistic mantra "we can do this." In her New Year's address to the nation, Merkel, who has been criticized by Germans and fellow European leaders, acknowledged that the integration of migrants, many of them Muslims fleeing war in the Middle East, would cost Germany "time, strength and money." But the country was strong enough to cope, she said, pointing to low unemployment and rising wages.

"I am convinced that if we tackle the formidable task posed by the influx and integration of so many people in the right way today, then this will represent an opportunity for us tomorrow," Merkel said in the text of a speech supplied by the government before she spoke. "It's true, we live in challenging times. But it's also true that we can do this, because Germany is a strong country."

Germany has taken in just over a million migrants this year, far more than any other European country. Merkel is one of the few European leaders to welcome them, arguing that Germany has a duty to shelter people fleeing conflict and persecution. She has repeatedly rebuffed pressure to clamp down along German borders, telling Germans "wir schaffen das", or "we can do this". This stance led Time magazine to name Merkel its "Person of the Year" earlier this month. But at home, where local communities have complained of being overwhelmed by the influx, her own popularity ratings and support for her conservative party have suffered.

Meanwhile, a new anti-immigrant party, the Alternative for Germany (AfD), has risen to record highs of 8 to 10 percent in recent polls. Merkel's Christian Democratic Union (CDU) remains the strongest party by far, despite the recent drop.

In her speech, she noted that Germany had faced other major challenges in the past, such as reunification, and come out looking better. "What is important is that we don't allow ourselves to be divided, not between generations or social classes, nor between those who have been here a long time and those who are new," Merkel said. "It is important that we don't follow those, who with coldness, even hatred, in their hearts, lay claim to a Germany that is for them alone, while trying to exclude others," she added, echoing comments from her last New Year address, given as anti-Muslim protests in eastern Germany were on the rise.
RELATED TOPICS