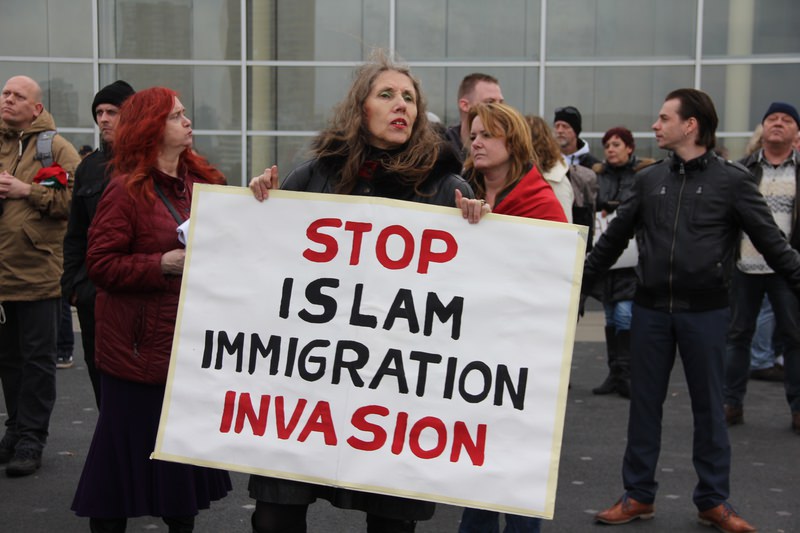 by Daily Sabah with AA Jan 05, 2016 12:00 am
British affiliate of the Islamophobic organization PEGIDA was launched on Tuesday.

The movement is modeled on a German organization founded in Dresden in 2014 that is opposed to what it considers the "Islamization of the West." Other branches have been established in Norway, Sweden and Spain.

The British group is backed by the former leader of the anti-immigration English Defence League Tommy Robinson, who said he wants to appeal to moderate British voters.

The launch was held at a pub in Luton, 70 kilometers (43 miles) north of London. The town has often been targeted by far-right groups because of its significant Muslim population.

In a video hosted on the group's Facebook account, Robinson told the meeting he was anti-Islamic but not a racist.

"There are some genuine far-right organizations in this country that hate me," he said. "I'm known as a Zionist and a race trader because I'm actually not opposed to black people, I'm not opposed to immigrants - I'm opposed to Islam as a fascist ideology."

The group will be led by Paul Watson, who said Britain's political process was "not representing the people of this country."

"We've got 60 something percent of people who are very concerned about mass immigration and about Islam, particularly the Islamic side of it," he said.

The group announced its first rally will be held in Birmingham, Britain's second largest city. The local authority said it would oppose the event.
Last Update: Jan 05, 2016 7:23 pm
RELATED TOPICS