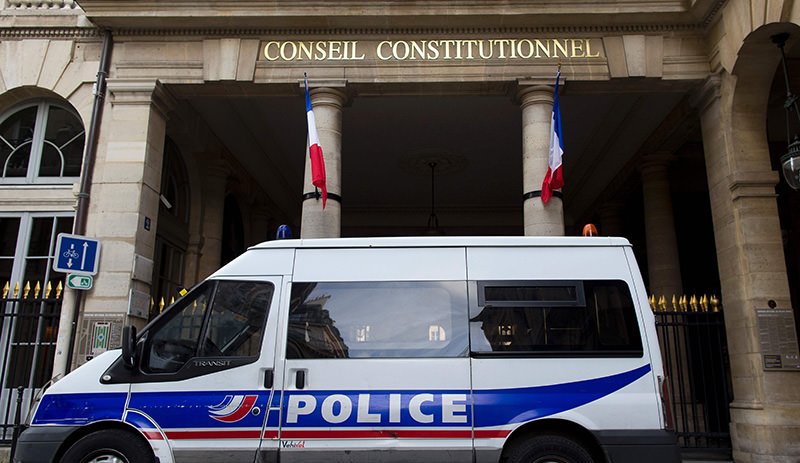 A picture taken on December 23, 2015 shows a French police vehicle outside the Constitutional Council in Paris (AFP Photo)
by Anadolu Agency Jan 07, 2016 12:00 am
A Paris court has sentenced a French national accused of recruiting fighters for Daesh to 15 years in prison in absentia, French daily Le Monde reported Thursday.

Salim Benghalem, 35, who is accused of being linked to Charlie Hebdo and Nov.13 attackers, was sentenced to 15 years in absentia for his alleged role in recruiting French nationals for Daesh.

Benghalem, for whom an international arrest warrant is out, is believed to be in Syria and reportedly survived French airstrikes that targeted a Daesh training camp in Raqqa last October.

Six other suspects were also handed down jail terms of between six and nine years for being part of the alleged recruitment network.