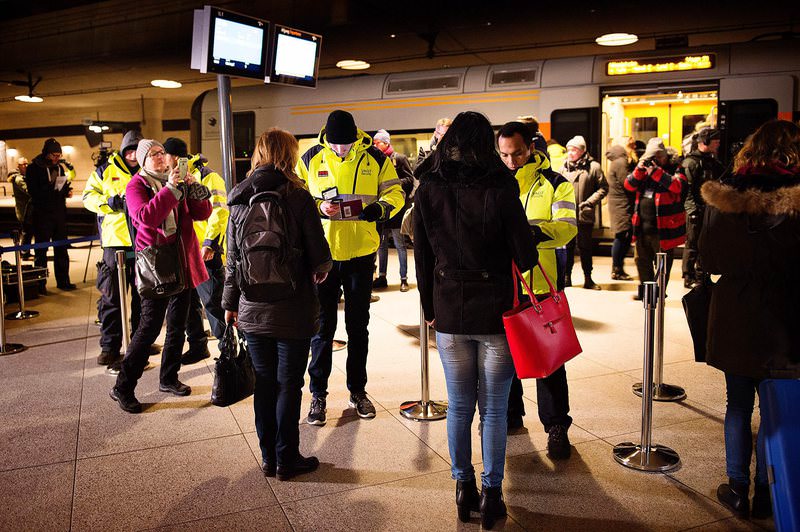 by Anadolu Agency Jan 08, 2016 12:00 am
Thousands of people from Sweden are expected to cross the Danish border en masse Saturday to protest the country's decision to reinforce identity controls for the first time since the 1950s.

Protesters are planning to pass the Oresund Bridge, connecting Sweden's third-largest city of Malmo to Copenhagen, but refuse to produce identification.

This move comes in the same week Denmark announced it would step up border controls on its southern frontier with Germany. On the same day neighboring Sweden reinforced border controls to stem the flow of refugees.

"The core of this strategy is that we don't show our identity papers. This goes under the motto and hashtag #VagaVagraID (dare refuse identity papers)," Stellan Lindell, protest organizer, wrote on the event's Facebook page.

Lindell claimed the action would be non-violent.

Previously known for setting the standard in accepting refugees fleeing war and persecution, the Nordic nations have begun to dramatically scale back on their asylum policies.