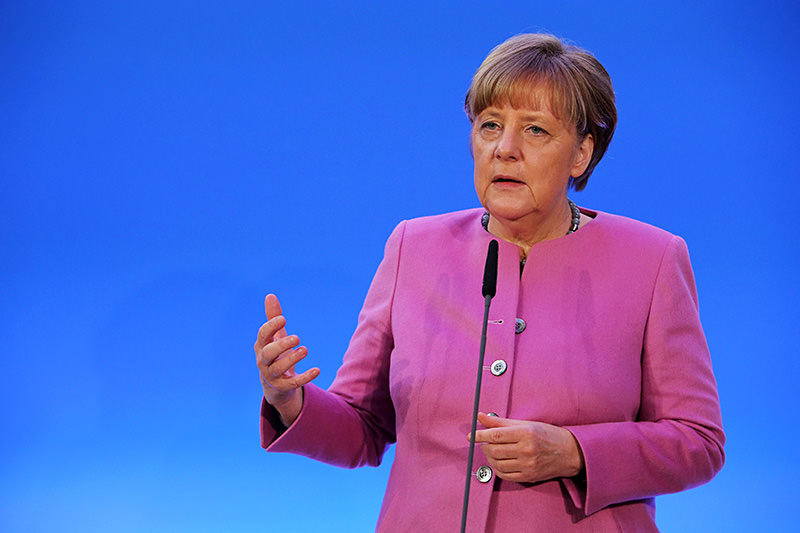 |AFP Photo
by French Press Agency - AFP Jan 09, 2016 12:00 am
Chancellor Angela Merkel on Saturday backed a sharp toughening of expulsion rules for convicted refugees, saying that even those who have been given suspended sentences should be required to leave Germany.

"If a refugee flouts the rules, then there must be consequences, that means that they can lose their residence right here regardless of whether they have a suspended sentence or a prison sentence," she said.

"If the law does not suffice, then the law must be changed," said Merkel, amid outrage over a shocking rash of sexual assaults on New Year's festivities in Cologne blamed on migrants.

Merkel was speaking after a meeting with leading politicians at her CDU party, when they adopted a motion to ease the expulsion process for criminal asylum seekers.

Under current rules, convicted asylum seekers can only be expelled if they have received jail sentences of three years. In addition, their lives must not be at risk in their countries of origin.

Any changes to laws would still have to be discussed within Merkel's grand left-right coalition, and some within junior partner the Social Democrats have already signalled opposition to any modifications.

But public opinion has tipped towards backing tougher action against criminal migrants following the Cologne attacks.

Germany's federal police have so far identified 32 suspects, 22 of whom are asylum seekers, in connection with 76 offences, 12 of which had a sexual nature, the interior ministry said Friday.