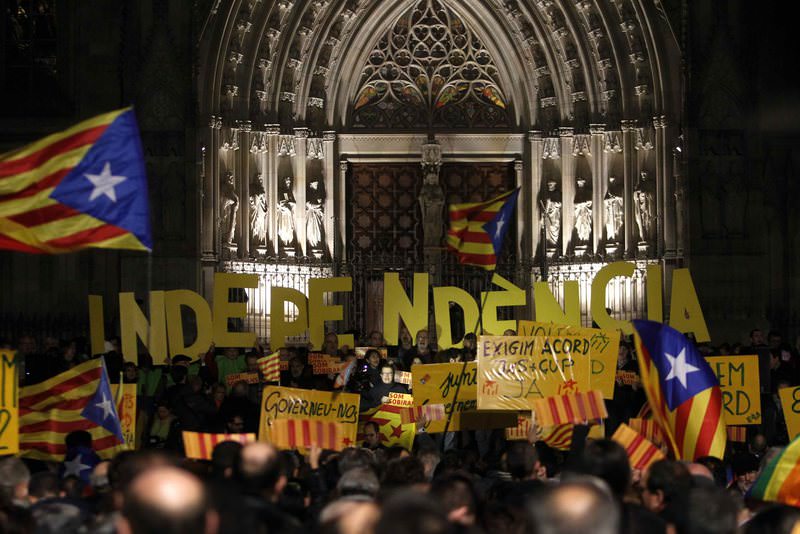 by Associated Press Jan 09, 2016 12:00 am
Catalonia's pro-independence parties agreed Saturday to appoint a new leader to enable the creation of a regional coalition government and reinvigorate a push for independence from Spain by 2017.

Carles Puigdemont was selected to replace Artur Mas as the "Together for Yes" alliance's candidate for regional government leader. Mas announced the decision at a press conference late Saturday, ending months of negotiations.

Mas' ruling conservative Convergence party had joined forces with the Republican Left of Catalonia as "Together for Yes" to win 62 seats in the 135-seat regional parliament last September. However, Mas needed 10 seats held by the radical, anti-capitalist CUP party to form a majority, and its leaders insisted he was not acceptable to them as the region's leader.

The CUP had repeatedly rejected Mas' candidacy because of his past government's austerity policies and his party's links to corruption scandals, but said it would support another alliance candidate.

Mas said he had agreed to "step aside" to allow the election of Puigdemont, a move he said "guarantees the parliamentary stability of Catalonia."

"Politically it is not a pleasant or easy decision for me," Mas said, but it was "beneficial and appropriate" in order to secure the secessionist "project."

Polls show that most Catalans support a referendum on independence, but are roughly evenly divided over breaking from Spain. The Spanish government has ruled out the possibility of a split.

Puigdemont is the mayor of the city of Girona and a member of Mas' Convergence party. His appointment means new regional elections can be averted.

"New elections would have been the worst option for Catalonia," said Mas.

Although he could no longer be regional president, Mas said he would not be retiring from politics. Instead, he said he was considering an ambassador-like role, taking the message that an independent Catalonia is a good idea overseas.
Last Update: Jan 09, 2016 8:40 pm
RELATED TOPICS