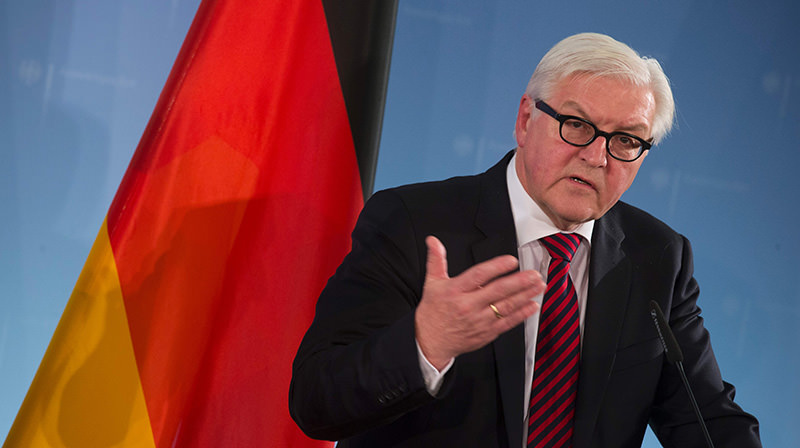 German Foreign Minister Frank-Walter Steinmeier attends a press conference after a bilateral meeting with the Egyptian counterpart on January 13, 2016 in Berlin. (AFP Photo)
by Daily Sabah with AP Jan 13, 2016 12:00 am
Germany's foreign minister has said on Wednesday that his country won't make any further immediate changes to its travel advice for Turkey but could do so in light of the investigation into Tuesday's Istanbul bombing.

The Foreign Ministry advised Germans after the attack to avoid crowds in public places and outside tourist sites in Istanbul. Ten Germans were killed in the bombing.

German Foreign Minister Frank-Walter Steinmeier said Wednesday travel advice will be adjusted "when we know more about the background to the crime, particularly the background of the perpetrator" and what his motive was. Steinmeier and Interior Minister Thomas de Maiziere said there's no indication Germans were targeted specifically.

De Maiziere said he sees "no reason to refrain from traveling to Turkey" and no reason for people already there to break off their trips.