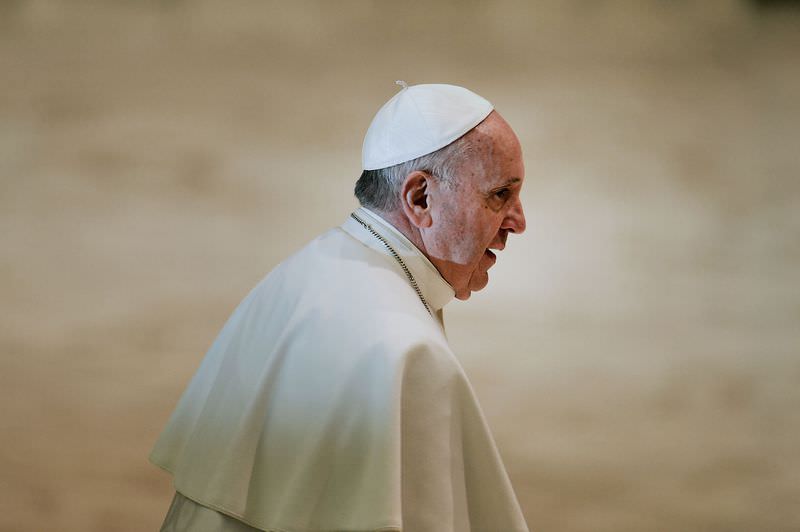 Pope Francis arrives for his weekly general audience at the Vatican on January 20, 2016 (AFP Photo)
by Associated Press Jan 20, 2016 12:00 am
Representatives of Italy's Muslim community have invited Pope Francis to visit the main mosque in Rome, just days after Francis paid his respects at the capital's main synagogue in a sign of interfaith friendship.

The Vatican said the invitation was delivered by a delegation of Muslims who met with Francis privately Wednesday morning inside the Vatican.

No date has been set. The head of the Union of the Italian Islamic Community, Izzedin Elizir, told the television station of the Italian bishops' conference that the visit could come as early as Jan. 27. The Vatican had no comment other than to confirm the invitation had been received.

Francis has visited several houses of Muslim worship during his foreign trips, including in Istanbul, Jerusalem, and more recently in the Central African Republic.
Last Update: Jan 20, 2016 8:06 pm
RELATED TOPICS