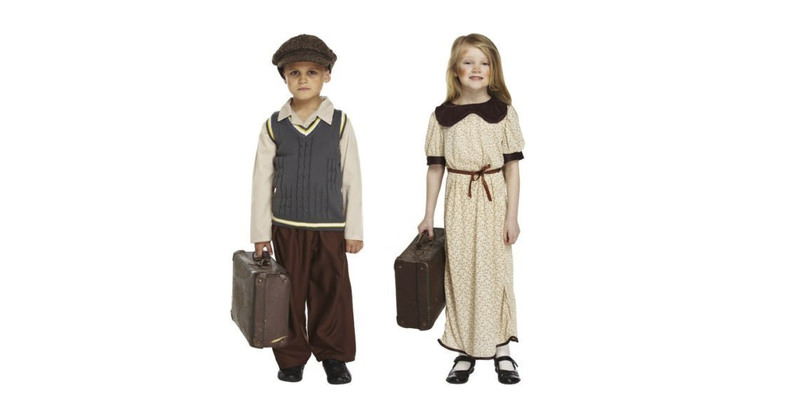 by daily sabah Jan 24, 2016 12:00 am
US retail giant Amazon came under fire for its 'controversial' costumes again as customers from the Italy branch of the shopping site came across "refugee costumes for children" ahead of the Venice Carnival.

Listed under "carnival costumes", the costumes for young girls and boys were marked as 'wartime refugees' from the World War I and World War II era period.

The ad published in German and Italian on the Amazon.it site shows two children -stated as orphans- carrying suitcases and wearing clothes reminiscent of the 1940's.

Sold at rates between 24-36 Euros, the costumes are no longer available in Italy after many customers caused uproar about the insensitivity of the costumes in such devastating times.

Amazon.it removed the item after a press statement saying the costumes were of "bad taste" and were presented "in an offensive way," according to UK Daily the Telegraph.

Many users criticized the costumes for being 'insensitive' when children are dying every day in the ongoing Syrian crisis.

A user denounced the company's insensitivity and said: "You don't know what it means to be a refugee and escape from war!"

The director of the immigration division of Caritas which is a charity that operates under the Catholic Church in Italy, Oliviero Forti decried the sales of the costumes and called them "shameless" as the number of tiny victims trying to cross into Europe climbs everyday.

He called on the UK-based retailer of the costumes to donate all sale proceeds to be used for life vests and other kinds of aid for refugee children.

Previously, US retailers - including Amazon - had withdrawn an Israeli soldier's costume for children and a fake "Arab" nose from sale ahead of Halloween, and had received wide-range criticisms from civil liberties groups who called the outfits 'offensive and racist'.
Last Update: Jan 24, 2016 10:23 pm
RELATED TOPICS