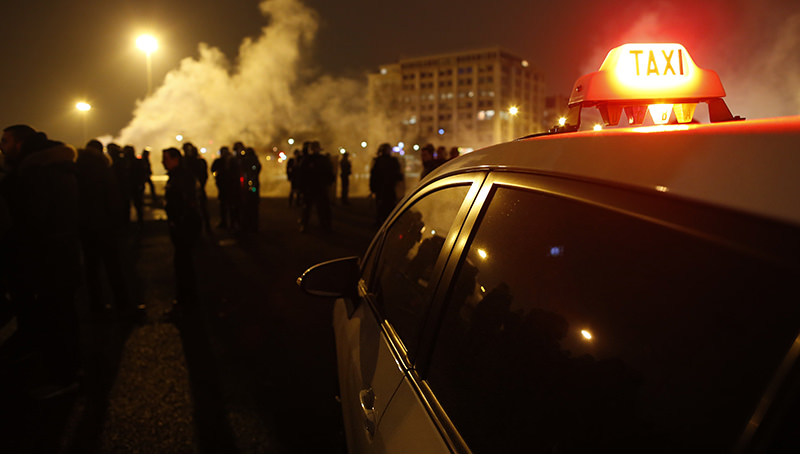 A taxi car stands in front of policemen during a demonstration on January 26, 2016 at porte Maillot in Paris (AFP Photo)
by Associated Press Jan 26, 2016 12:00 am
Paris police have fired tear gas on taxi drivers trying to march onto a major highway, amid nationwide French strikes and protests over working conditions and competition from non-traditional services such as Uber.

Hundreds of French taxis, joined by a few from Belgium and Spain, are blocking a massive intersection leading into western Paris, causing disruption throughout surrounding avenues.

Dozens of taxi drivers tried to march from the Porte Maillot intersection onto an eight-lane bypass, but police pushed them back with tear gas. Some drivers set pre-dawn bonfires put out by firefighters Tuesday morning.

Traditional taxi drivers are protesting what they consider unfair competition from Uber, which has faced a string of legal challenges in France. Previous protests have also turned violent..
Last Update: Jan 26, 2016 10:23 am
RELATED TOPICS