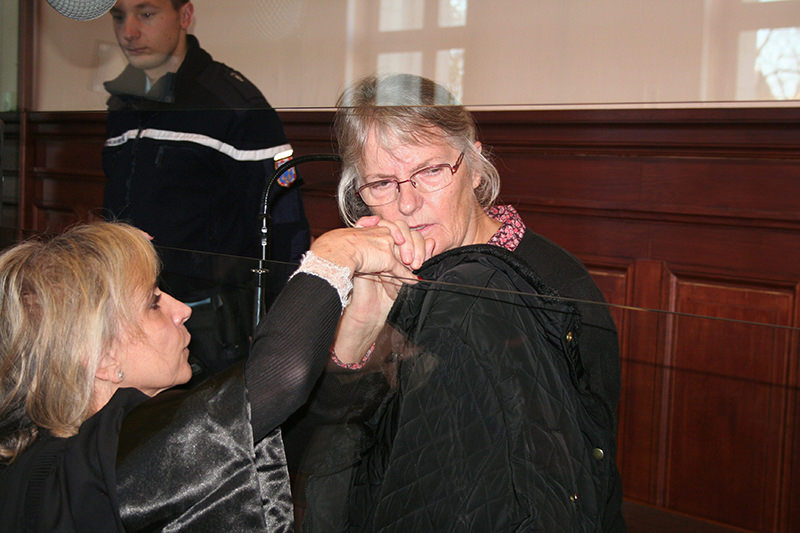 Sauvage has become a symbol of the scourge of domestic violence in France since she lost her appeal against her conviction for murder in December. (EPA Photo)
by Feb 01, 2016 12:00 am
French President Francois Hollande on Sunday agreed to reduce the prison sentence of Jacqueline Sauvage, whose conviction for the murder of her violent husband has stirred public opinion, in a rare use of a presidential pardon in France.

Sauvage received a 10-year sentence for shooting dead her husband in 2012, and the upholding of the sentence by an appeal court in December led her three daughters to seek a presidential pardon, supported by an online petition that attracted some 380,000 signatures.

The sentence reduction granted by Hollande would allow Sauvage to immediately ask to be released on parole, the president's office said in a statement.

"Faced with exceptional human circumstances, the President of the Republic wished to enable Ms Sauvage to be reunited with her family as quickly as possible," the statement said.

This marks the second time Hollande has made use of his presidential prerogative. In 2013 he granted a sentence reduction to allow Philippe El Shennawy, then France's longest-serving prisoner, to be freed on parole after 38 years in jail.

The French presidential pardon, which does not quash actual convictions that are the responsibility of the courts, has been limited to individual cases since 2008, after in the past being used to waive en masse minor sanctions such as driving fines.

One of the most famous cases of presidential pardon under the French Republic is that accorded to Alfred Dreyfus in 1899, after public controversy over the Jewish army officer's conviction for treason. He was later cleared by an appeal court.