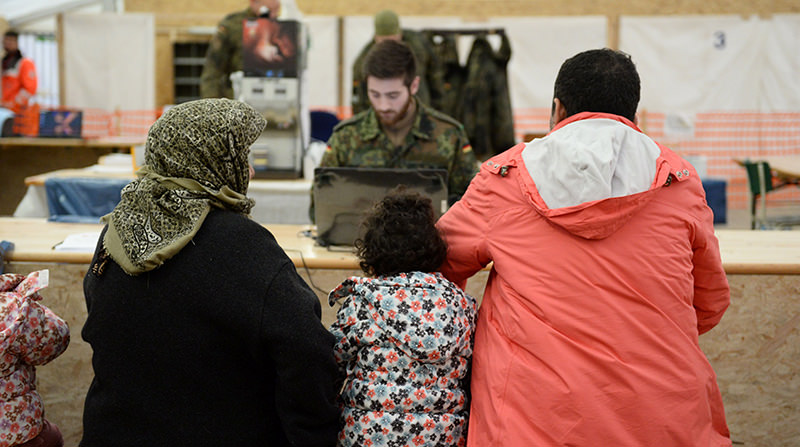 Refugees from Syria wait to register at the German army's air base in Erding, southern Germany, on January 31, 2016 (AFP Photo)
by Associated Press Feb 01, 2016 12:00 am
Germany's labor minister is threatening to cut benefits for refugees who don't want to integrate into German society.

Germany registered nearly 1.1 million people as asylum-seekers last year. Integrating those who are allowed to stay into society and the labor market will pose a major challenge in the years ahead.

Labor Minister Andrea Nahles wrote in Monday's edition of the daily Frankfurter Allgemeine Zeitung that "all people who live in Germany, no matter what their ethnic origin, must make an effort, seek work and support themselves and their families as well as they can."

Nahles added: "we will cut benefits to those who signal that they do not want to integrate." She said that could be measured by willingness to abide by German society's rules and to take language classes.
Last Update: Feb 01, 2016 11:53 am
RELATED TOPICS