UK woman who joined Daesh with toddler sentenced to 6 years 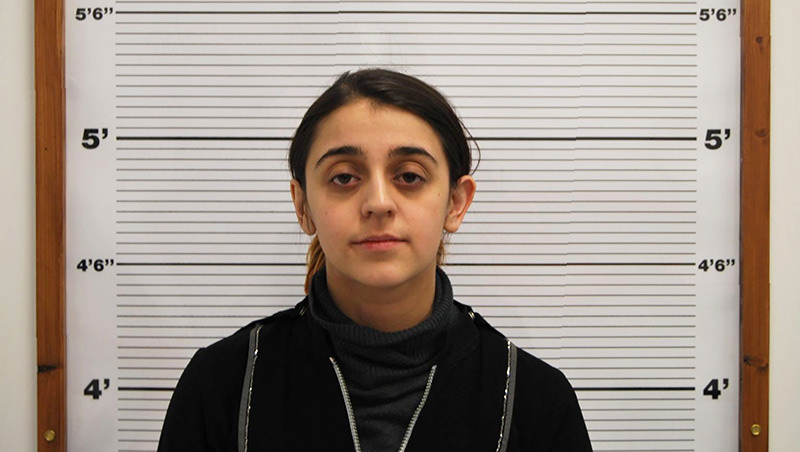 An undated handout photo released by West Midlands Police service and received in London on January 29, 2016, shows Tareena Shakil as she poses for a custody photograph (AFP Photo)
by Compiled from Wire Services Feb 01, 2016 12:00 am
A judge has sentenced a British woman to six years in prison for going to Syria to live under the rule of the Daesh group.

Tareena Shakil was convicted last week of being a member of the group and encouraging acts of terrorism.

In October 2014 she and her 1-year-old son boarded a plane to Turkey and then traveled to Syria. After three months Shakil fled, taking a taxi to the Turkish border and returning to Britain.

Shakil denied the charges, claiming she wanted to live under Islamic law, not support terrorism.

But judge Melbourne Inman said Monday that the 26-year-old had been "well aware that the future which you had subjected your son to was very likely to be indoctrination and thereafter life as a terrorist fighter."

A photograph uncovered by police showed her posing in Syria underneath a Daesh flag. She left the country in January 2015, although it is not known why, the statement added.

She was arrested by counter-terrorism officers when she returned to Britain on Feb. 18 after landing at Heathrow Airport. The child was taken into care.

"Tareena Shakil had self-radicalized by viewing terrorist material on the internet, before leaving the UK," said Assistant Chief Constable Marcus Beale in the statement.

"Our assessment is that she was not naïve. She had absolutely clear intentions when she left the UK, sending tweets encouraging the public to commit acts of terrorism here and then taking her young child to join Daesh in Syria.

"Photographs seized from her phone showed Ms Shakil posing with a firearm and wearing a Daesh balaclava. Another showed a rucksack with a Daesh logo and person holding a handgun. These were taken while she was in Syria."

Security services estmate some 600 Britons have joined the ranks of Daesh and other terrorist groups in Syria and Iraq, many of them crossing via Turkey. About half are believed to have returned to Britain.