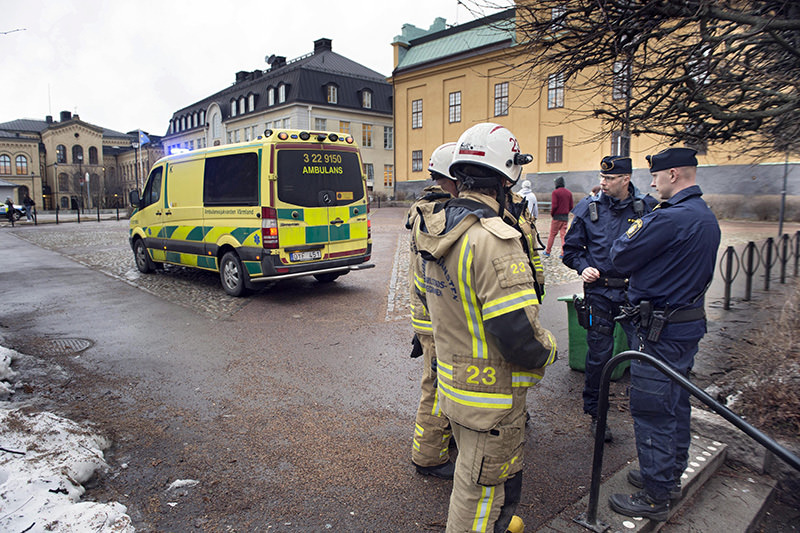 Police officers and rescue forces standt outside the Tingvalla secondary school in Karlstad, Sweden, 02 February 2016 (EPA Photo)
by Daily Sabah with Wires Feb 02, 2016 12:00 am
A powerful blast rocked a school building on Tuesday in the Swedish town of Karlstad, reportedly heard from other parts of the town.

"We are on site now and are trying to ascertain what has exploded," Ola Akesson from the town's emergency services told the Expressen newspaper. There have been no reports of casualties or injuries while smoke was seen rising from the site of the explosion, which caused material damage.

"There was a very loud bang. We thought it was a bomb," the NWT newspaper reported, citing a teacher from the school. Akesson said that the cause of the explosion has not been determined but the investigation continues at the site.

Witnesses also reported they had seen two men running from the area, The Local reported, adding that the school is the oldest in Karlstad, dating back to the 1800s, according to its website. Its pupils are aged 15 to 19.