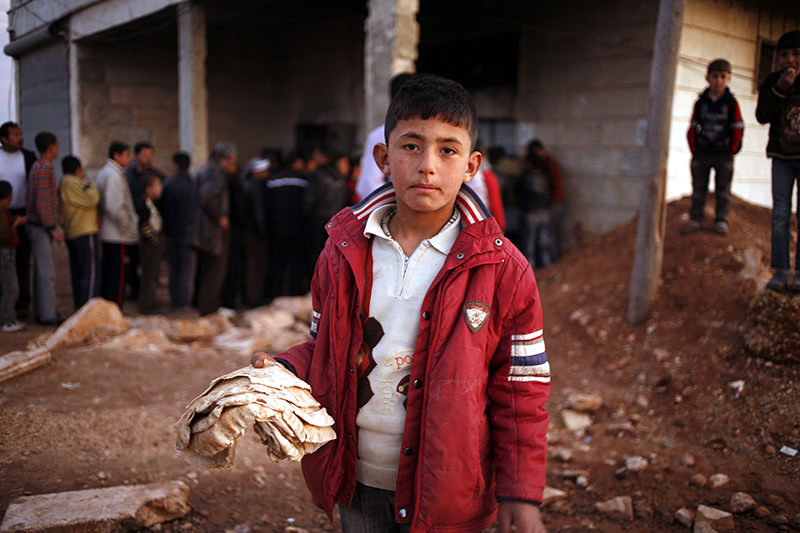 A Syrian boy holding bread distributed by Turkish NGO u0130HH in a refugee camp located in Turkeyu2019s southeastern province of u015eanlu0131urfa
by Daily Sabah Feb 03, 2016 12:00 am
The governor of the West Flanders region in Belgium, Carl Decaluwe, was quoted by the Belgian media as calling out to its citizens not to help refugees and/or give them food, Anadolu Agency reported on Tuesday.

The Belgian governor's statements came in the wake of a police operation conducted on Sunday night in the province, in which 40 refugees were apprehended in a port. Decaluwe reportedly said it was thanks to such operations that there was no refugee camp in Belgium like in France's Calais city.

The governor called out to Belgians not to help the refugees seeking shelter in the country.

"If you help, then more will come," he said.

Decaluwe's statements were met with reaction.

"I was shocked with what the governor said. You cannot leave people on their own. If we do not give them food, more problems will emerge," a Belgian priest reportedly said.

The European Union has long been criticized for its refugee policy.

Last week, Greek Minister of Migration Ioannis Mouzalas claimed that his Belgian counterpart Theo Francken told him, "Push them back into the sea. Go against the law. I'm sorry, but I do not care if they drown or not."

The scary proposal was denied ever being said by the Belgian politician but was reportedly said in the sidelines of an EU meeting.

The right-wing Alternative for Germany (AfD) leader Frauke Petry, on the other hand, said that border guards should shoot at refugees and migrants trying to enter illegally, if necessary.