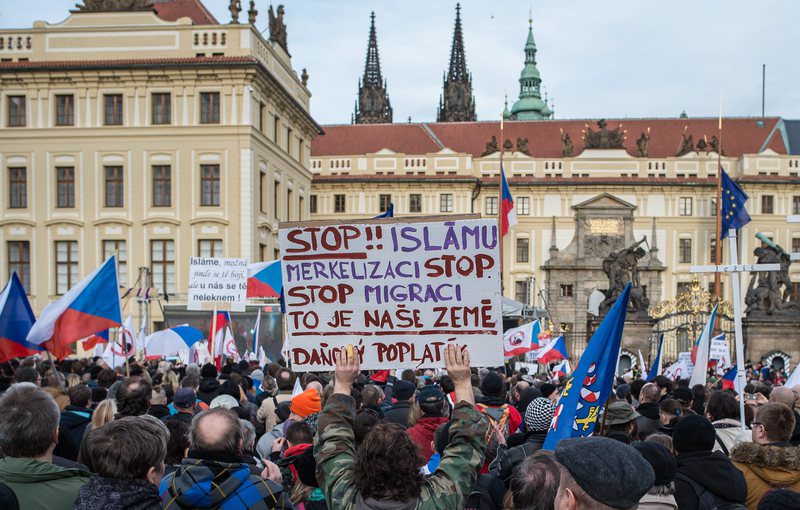 by Agencies Feb 06, 2016 12:00 am
Czech police said Saturday that unknown attackers have set a refugee center on fire in the Czech capital of Prague, injuring one person.

Spokeswoman Iveta Martinkova said about 20 people attacked the Klinika center in Prague's No. 3 district with Molotov cocktails at about 7:30 p.m. She added it's not clear who was behind the attack and police are investigating.

The attack took place just hours after thousands of people rallied in Prague against Muslims and immigrants.

The Pegida offshoot rally turned violent as right-wingers clashed with left-wing opponents. Several hundred police officers were deployed to separate the two sides, who threw bottles and fireworks at one another.

Around 1,500 anti-Islam protesters turned out to support Pegida there, carrying barriers reading "No to immigration - stop Merkelization."

In a "Prague declaration" of support to the so-called Fortress Europe movement, members warned that 1,000 years of Western culture could soon be lost to the "Islamic conquest of Europe."

Nonetheless, numbers in Prague did not meet organizers' expectations. They had previously said that several thousands would join their cause.

Around 400 people protested against Pegida in the Czech capital and campaigned for solidarity with refugees seeking protection and a better life in Europe.