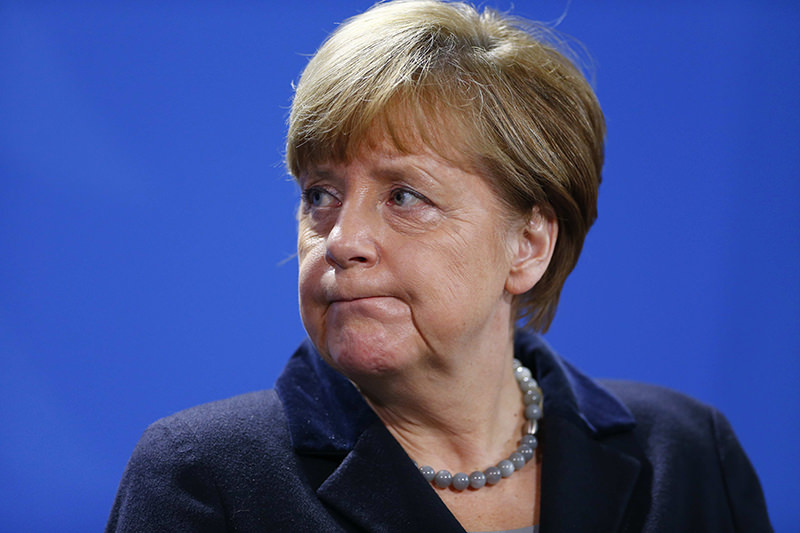 German Chancellor Merkel faces mounting resistance to her pro-refugee stance, as anti-migrant sentiment, particularly in Eastern Europe, causes divisions among EU nations. The EU has taken in only 500 people from 160,000, despite a relocation scheme adopted last September

French Prime Minister Manuel Valls said Saturday that the mood in France was "not favorable" to Merkel's call for a permanent quota system. "Europe cannot take in all the migrants from Syria, Iraq or Africa," Valls told German media. "It has to regain control over its borders, over its migration and asylum policies."

Hungary's right-wing Prime Minister Viktor Orban thinks the best place to stop refugees is along Macedonia's and Bulgaria's borders with Greece, along the main immigration route from the Middle East to Western Europe. He says this is necessary because "Greece can't defend Europe from the south" against the large numbers of Muslim refugees pouring in, mainly from Syria and Iraq.

The plan is especially controversial because it effectively means eliminating Greece from the Schengen zone, Europe's 26-nation passport-free travel region, which is considered one of the European Union's most cherished achievements.

In addition to Hungary, Poland, the Czech Republic and Slovakia are among the EU countries most reluctant to accept any significant numbers of migrants. The Visegrad Group, comprising these four countries, is threatening Angela Merkel's plans to resettle newcomers across the continent while slowing down the influx. "The plan to build a new 'European defense line' along the border of Bulgaria and Macedonia with Greece is a major foreign policy initiative for the Visegrad Four, and an attempt to re-establish itself as a notable political force within the EU," said Vit Dostal, an analyst with the Association for International Affairs, a Prague-based think tank.

The leaders will try to hash out a unified position ahead of an important EU meeting Thursday and Friday in Brussels, which will discuss migration as well as Britain's efforts to renegotiate a looser union with the EU.

Anti-migrant and anti-Islam sentiment has been resonating, especially in Eastern European countries. The Visegrad nations maintain it is impossible to integrate Muslims into their societies, often describing them as security threats. Poles, Czechs and Slovaks have thus far accepted only small numbers of refugees, primarily Christians from Syria.

Hungary's Prime Minister Viktor Orban has been the most vocal eastern European opponent to admitting Muslims, saying in October that "Islam has never been part of Europe."

Slovak Prime Minister Robert Fico described Muslims as a potential threat to his country, and said his government was "monitoring" its community in the wake of the Paris attacks. Fico sparked criticism last year when he said Slovakia would prefer to accept Christian refugees under the resettlement plan.
Many officials in the West are frustrated with what they see as xenophobia and hypocrisy, given that huge numbers of Poles, Hungarians and other Eastern Europeans have received refuge and economic opportunity in the West for decades.

An opinion poll published yesterday said about two out of three Czechs oppose taking in refugees from war zones , reflecting growing anti-migrant sentiment in a country that has taken a tough stance on migrants and refugees. Central European nations have opposed quotas for sharing asylum-seekers among European Union members, and Czech President Milos Zeman is one of many leaders to have used anti-migrant rhetoric.
The latest monthly survey by the Czech Public Opinion Research Centre found 65 percent of Czechs were against taking in refugees, up from 50 percent in September. Another 28 percent said refugees should only be accepted until they can return home.

Dariusz Kalan, an analyst at the Polish Institute of International Affairs, said he doesn't believe that the Visegrad group on its own can destroy European unity, but says Orban's vision is winning adherents across the continent in far-right movements and even among mainstream political parties. "It's hard to ignore Orban," Kalan said. "People in Western Europe are starting to adopt the language of Orban. None are equally tough, and yet the language is still quite similar."