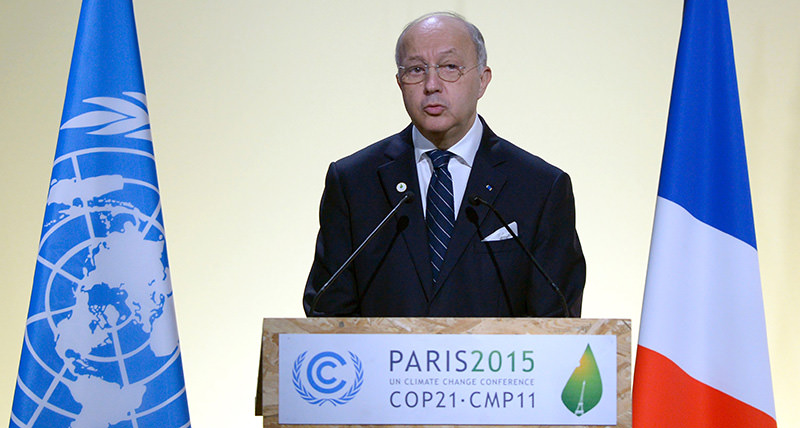 his file photo taken on November 30, 2015 shows Laurent Fabius, then French Foreign Affairs Minister and president-designate of COP21, speaking during the opening of the UN conference on climate change (AFP Photo)
by Feb 15, 2016 12:00 am
Former French foreign minister Laurent Fabius will step down as head of COP21, the UN's climate forum, after being appointed head of France's constitutional court, according to a resignation letter seen by AFP.

Fabius wrote on Monday to President Francois Hollande "to tender (his) resignation" as head of COP21, a post in which he helped to steer the troubled UN climate talks to a successful conclusion last December.

Fabius had expected to stay in the one-year post until November but drew flak in the French political arena for seeking to hold on to two demanding jobs at the same time.
Last Update: Feb 15, 2016 11:33 pm
RELATED TOPICS