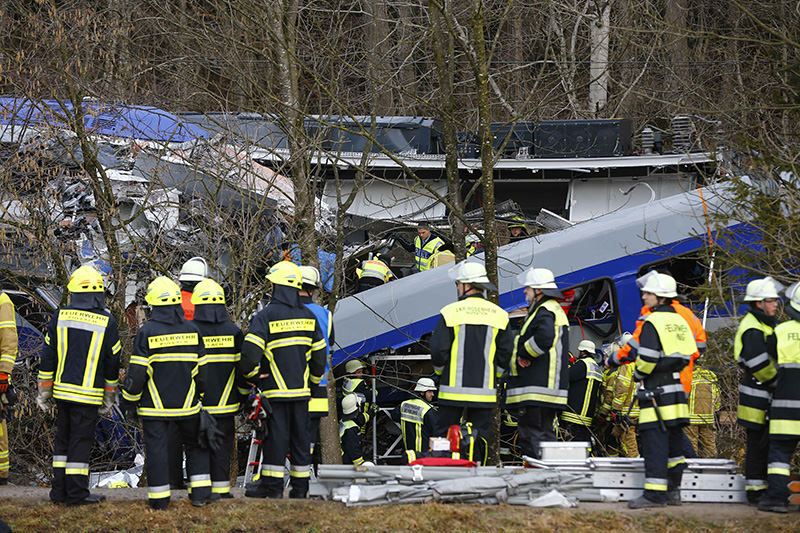 | AP Photo
by Associated Press Feb 16, 2016 12:00 am
Prosecutors say they believe the head-on train crash in southern Germany last week was caused by "human error" by the train dispatcher.

Eleven people died and scores were injured when two commuter trains slammed into each other on a single-line track near Bad Aibling, 60 kilometers (40 miles) southeast of Munich.

Chief prosecutor Wolfgang Giese says his office has opened a criminal investigation against the 39-year-old dispatcher.

Giese said at a news conference on Tuesday that according to investigators "had he (the dispatcher) behaved according to the rules the trains would not have collided."