UK to reject any deal that does not meet its needs, PM Cameron says 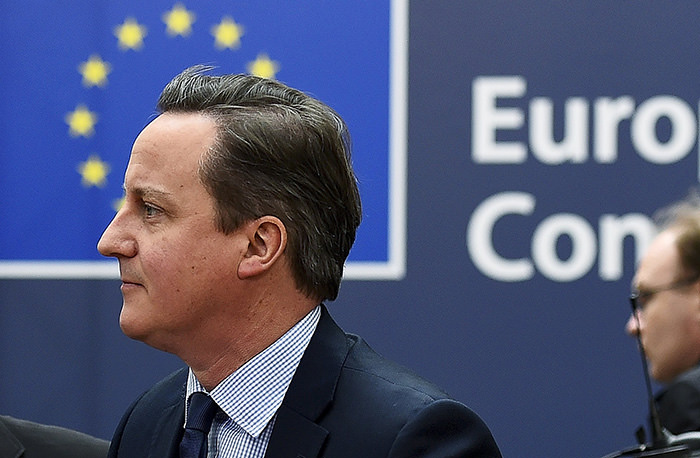 by Feb 18, 2016 12:00 am
Prime Minister David Cameron warned Thursday as he arrived at a crucial Brussels summit that he will reject any deal to keep Britain in the EU if it fails to meet his country's needs.

"I'll be battling for Britain. If we can get a good deal I'll take that deal but I will not take a deal that doesn't meet what we need," Cameron told reporters.

"I think it's much more important to get this right than to do anything in a rush, but with good will and hard work we can get a better deal for Britain," he said.

Cameron, under pressure from eurosceptics in his own centre-right Conservative Party and a hostile right-wing press, has demanded a series of reforms that will return powers to London ahead of a British referendum on whether to leave the EU.

But four Eastern European states oppose Cameron's call for restrictions on welfare benefits to EU migrants working in Britain, while France leads opposition to protections for countries like Britain that do not use the euro.
Last Update: Feb 18, 2016 4:04 pm
RELATED TOPICS