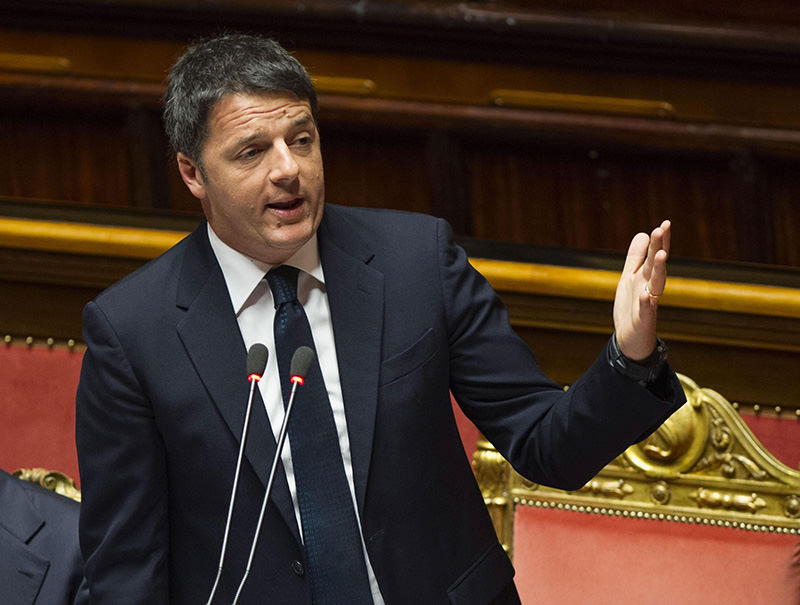 Italian Premier Matteo Renzi delivers a speech at the Senate ahead of the February 18-19 EU Summit, in Rome, Italy, 17 Feb 2016 (EPA)
by Feb 22, 2016 12:00 am
The European Union should withhold funds from eastern members of the bloc who are not willing to accept migrant redistribution quotas, Italian Prime Minister Matteo Renzi said Monday.

Poland, the Czech Republic, Slovakia and Hungary - large recipients of EU regional aid funds - have opposed a Brussels plan to redistribute asylum seekers landing on Italian and Greek shores across the bloc.

The Italian leader said he raised the issue at last week's EU summit in Brussels, warning that Italy will play hardball in upcoming negotiations over its contribution to the 2020-2026 budget for the bloc in retaliation for the anti-migrant stance of the so-called Visegrad countries.
Last Update: Feb 22, 2016 2:45 pm
RELATED TOPICS