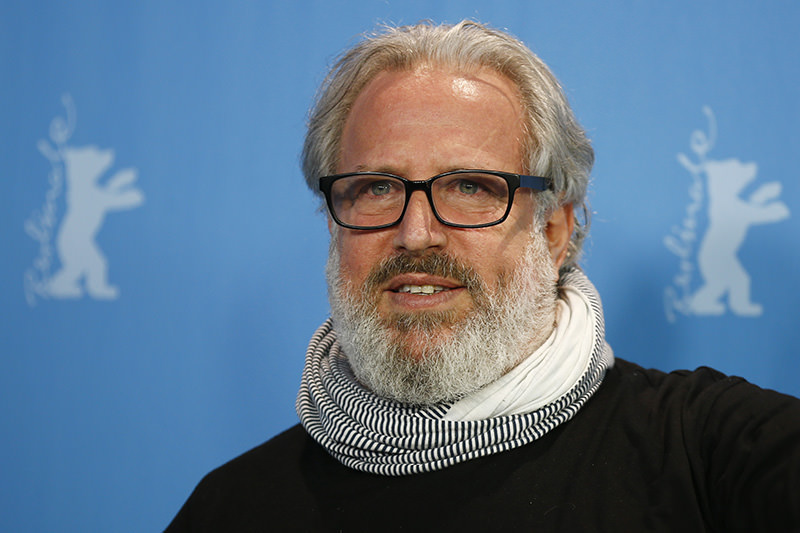 Director and producer Udi Aloni poses for the photographers during a photo call for the film 'Junction 48' at 2016 Berlinale Film Festival, Feb. 13, 2016. (AP)
by Daily Sabah with DPA Feb 22, 2016 12:00 am
Israeli director Udi Aloni criticized his country's government on Saturday hours before being presented with the Panorama Audience Award for best fiction film at Berlin International Film Festival (Berlinale), calling the Israeli government a "fascist regime" according to a report by Channel 10 News.

Director Udi Aloni made the comments during a press conference related to his award-winning film "Junction 48". The 56-year-old said Israel was the "democracy of white people" and also urged Germany to cease selling submarines to Netanyahu's government.

The director however reportedly said that his comments "were directed against the Israeli government and not against the country, which I love. In contrast to the prime minister who spreads hatred, my movie spreads love and co-existence."

Junction 48 is Aloni's sixth feature film and tells the story of two Palestinian musicians living in a downbeat part of Israel, while battling repression and their own conservative communities.

Aloni's compatriots Tomer and Barak Heymann also received a prize for their documentary Who's Gonna Love Me Now?

During the 11-day Berlinale, moviegoers were asked to rate the 51 films from 33 nations that shown in the Panorama category, which focuses on arthouse and independent filmmakers.

A total of 30,000 votes were cast, with one prize awarded to best feature film and another for best documentary.
Last Update: Feb 22, 2016 4:18 pm
RELATED TOPICS