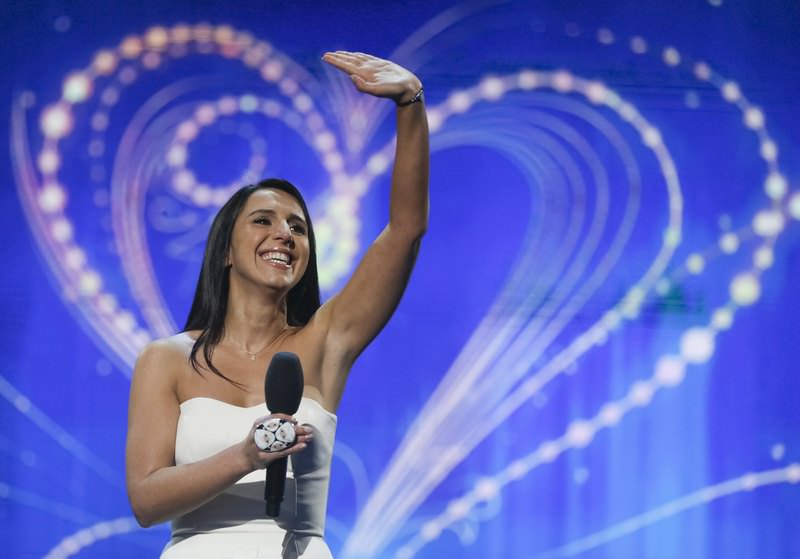 by Feb 22, 2016 12:00 am
A Crimean Tatar who sings about Joseph Stalin's deportation of hundreds of thousands of people from her Black Sea homeland will represent Ukraine at the Eurovision song contest, two years after Russia annexed the territory.

Jamala, a 32-year-old singer, won a domestic competition on Sunday night to represent her country.

After she finished her song "1944" - the year of the mass deportation of Tatars from the Crimean peninsula - Jamala and one of the judges on the panel struggled to hold back tears as they talked about Russia's annexation of Crimea 70 years later.

Russia also participates in Eurovision, and Jamala's presence at this year's final in Stockholm in May could add a political edge to a competition better known as an annual celebration of kitsch.

Jamala's victory came on what was already an emotionally charged weekend in Ukraine, which was commemorating more than 100 protesters who were killed over two days during the Maidan protests in 2014 that dislodged a pro-Russian president.

In a sign of simmering anger against Russia, protesters also smashed up two branches of Russian-owned banks in downtown Kiev.

While her choice of subject might seem unlikely, Jamala said that telling her family's story will help prevent the mistakes of the past being repeated.

"The main message is to remember and to know this story. When we know, we prevent," she told Reuters in an earlier interview at a music studio in Kiev.

During World War Two, Tatars like Jamala's relatives were accused of being Nazi collaborators, thrown out of their homes by Red Army soldiers and transported to Central Asia in freight trucks without food, water or fresh air. Her great-grandmother's daughter died on board and was tossed from the wagon "like garbage", she said.

Last year, Ukraine's parliament approved a resolution that said the deportations were tantamount to genocide.

Seven decades later, the plight of Tatars was back in focus after Russia wrested control of Crimea and backed a pro-Russian separatist insurgency on the eastern mainland.

The majority of Tatars, a Turkic Muslim people indigenous to Crimea who number about 300,000 in the region's population of two million, opposed the Russian takeover and fear being treated as second-class citizens by the Russian majority.

When the Russians came two years ago, most of Jamala's family stayed behind, not wanting to leave the place they were allowed to return to in the late 1980s.

In the village where her grandmother is buried and her 87-year-old grandfather still lives, Jamala says her relatives are abused and she is branded an American stooge or a fascist for appearing to side against Russia.

She has not seen her family since the summer of 2014.

"It is very scary even to think that something may happen to them because of me feeling so free here," she said. "...I understand that my every word may harm them there."