US envoy in Italy summoned over Berlusconi wiretapping 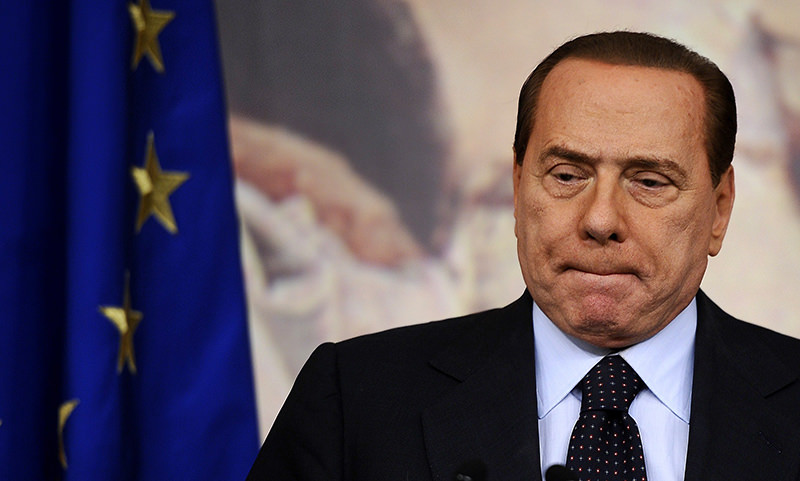 A file photo taken on October 22, 2010 shows former Italian Prime Minister Silviou00a0Berlusconiu00a0looking on during a press conference in Rome's Palazzo Chigi (AFP Photo)
by Associated Press Feb 23, 2016 12:00 am
The Italian foreign ministry on Tuesday summoned the American ambassador in Rome to press for "clarifications" after Italian media reported that a U.S. intelligence agency had intercepted phone calls involving then-Premier Silvio Berlusconi and some of his aides in 2011.

The reports cited WikiLeaks documents about purported intercepted conversations, which the foreign ministry described as "indiscretions."

Italy and the United States are staunch allies. During his three stints as premier, media mogul Berlusconi often boasted of close ties with Washington.

There was no immediate comment from the U.S. Embassy on the summoning of Ambassador John Phillips or on how the meeting went.

A top foreign ministry official, secretary-general Michele Valensise, relayed to the ambassador "the strong Italian expectation to be able to have clarifications as soon as possible," the ministry said in a statement after the meeting.

Valensise reminded the ambassador that in 2014, U.S. President Barack Obama overhauled procedures dealing with "confidentiality of communications" and Phillips assured Italy that "he will immediately bring the matter to the attention of his authorities," it said.

According to La Repubblica, one intercepted call, purportedly capturing a conversation involving one of Berlusconi's closest advisers, included talk about how France's then-President Nicolas Sarkozy supposedly likened Italy's deteriorating debt crisis to a champagne bottle whose cork could suddenly pop.

The head of Parliament's oversight commission on intelligence services said the purported intercepts of Berlusconi's phone calls will be raised later in the week at previously scheduled hearing of the Italian government's undersecretary for intelligence matters.