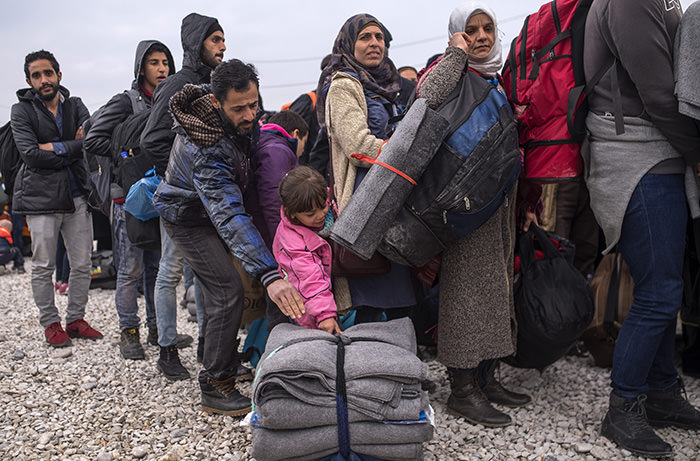 by Compiled from Wire Services Feb 25, 2016 12:00 am
Germany could receive 3.6 million migrants and refugees by 2020, the Sueddeutsche Zeitung daily reported on Thursday, citing figures from the Economics Ministry.

The prognosis was approved by government ministers and is based on an expected yearly average of 500,000 arrivals between 2016 and 2020, according to the report.

This would amount to 2.5 million people during that period, which, along with the 1.1 million migrants and refugees who arrived in Germany last year, amounts to a total of 3.6 million.

The arrivals so far have already strained German organizational capacity and prompted a heated debate about whether it is possible to integrate so many people, allowing some far-right parties to make political gains.

The ministry confirmed that it had made the internal prognosis in order to assess economic factors, according to the report.

However, the government refused to give an official estimate, arguing that it was currently impossible to give a number on the massive influx of asylum seekers to the country.

The report came as German parliamentarians were set to vote on a set of new measures aimed at reducing the number of migrants claiming asylum in Germany and speeding up the consideration process of applications.

Meanwhile, the head of Germany's Federal Office for Migration and Refugees on Thursday denied the report.

Sueddeutsche Zeitung said the calculations were based on internal estimates by the Economy Ministry in coordination with other ministries, adding it was "an internal, purely technical estimate on migration".

"I'm not expecting these numbers," Frank-Juergen Weise told reporters when asked about the media report on the sidelines of a business event on integrating migrants into the labour market.

Weise, who is also head of the Federal Labour Office, said nobody could reliably say how many migrants would come to Germany in the next few years and it made therefore no sense to publish such forecasts.
Last Update: Feb 25, 2016 1:35 pm
RELATED TOPICS