Hungary PM slams EU for 'begging to Turkey,' for being reliant on goodwill of Turkey 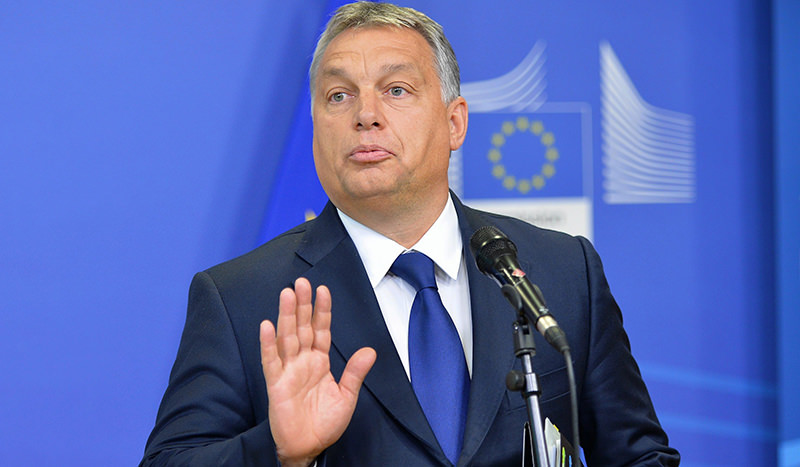 | AA Photo
by Daily Sabah Feb 25, 2016 12:00 am
In an exclusive interview with the German Bild daily, Hungarian Prime Minister Viktor Orban said the European Union follows a beggar's policy amid the refugee crisis and makes concession to Ankara that it cannot fulfill.

"President [Recep Tayyip] Erdoğan has been a friend of mine for a long time; our relations with Turkey are tight and depend on mutual confidence.

Yet apart from that, I think the EU has been turned into a beggar in front of Turkey," Orban said, adding that the EU offers money and concessions to Ankara because it cannot protect its own borders.

Orban criticized the EU's stance on the issue and contended that Brussels is incapable of realizing the promises it has pledged to Ankara.

Hungary has been one of the most resolute countries inside the EU rejecting to take in refugees. The EU had a resettlement plan for around 160,000 refugees, yet the 28-nation bloc could not convince many member states, least of all Hungary.

The country is planning to hold a referendum concerning the migrant crisis. The government wants to ask the Hungarian people whether the EU should be able to send migrants to Hungary without Budapest's consent.

Orban's stance directly contradicts that of German Chancellor Angela Merkel, who backs the plan under which Turkey would seal its borders and then fly refugees to Europe where they would be settled under the quota system.

After a decade in power, Merkel has seen her long, stellar domestic approval ratings drop because of her liberal migration policy after more than 1.1 million asylum seekers came to Germany last year.