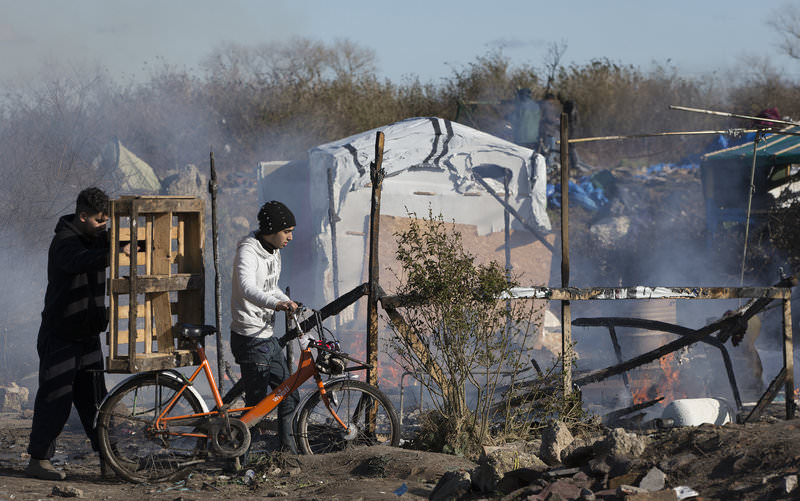 by Daily Sabah with AA Mar 06, 2016 12:00 am
A recent article published by British daily The Independent claimed Saturday that refugee children are being raped in camps around Calais in northern France, where refugees have been waiting for months to cross the English Channel to enter the U.K.

Volunteer medical aid workers stated that they have detected at least seven boys, with their ages ranging from 14 to 16, became victims of rape in the last six months. At least four needed medical treatment and have rejected it due to the shame.

Approximately 5,000 refugees live in scrappy camps around the town of Calais, which is known as the "jungle" for its unhealthy and unlawful living conditions, where they seek a way out to reach the U.K.

Camps were partially evacuated last week as French security forces intervened. France has received the ire of human rights groups and NGO's for the inhumane conditions in Calais' camps.

An official camp to house some of the refugees was founded earlier this week, however, refugees do not want to settle in this camp as it requires official registration, something refugees hesitate to do thinking it may cause problems for entries into the U.K.
Last Update: Mar 06, 2016 6:41 pm
RELATED TOPICS