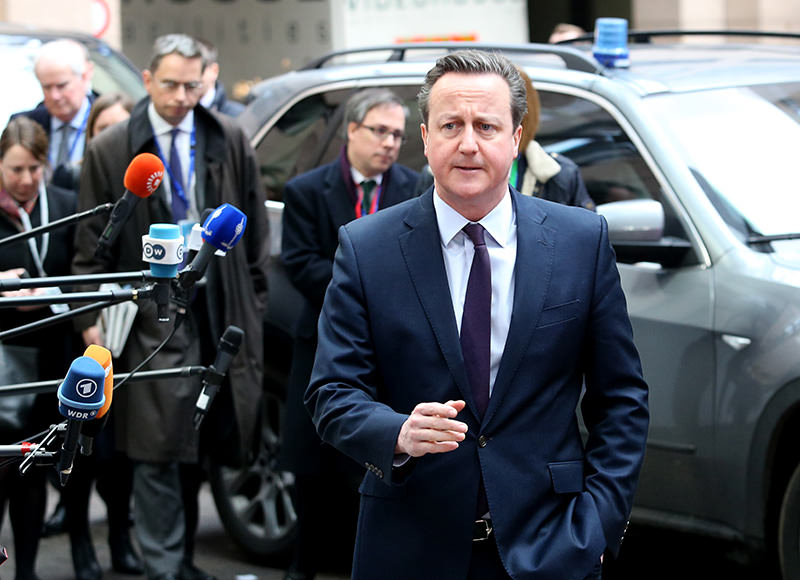 by Anadolu Agency Mar 08, 2016 12:00 am
British Prime Minister David Cameron on Tuesday welcomed progress in talks between Turkey and EU leaders on a plan to resolve the refugee crisis.

Speaking after negotiations in Brussels, Cameron said: "It's been a long and difficult evening but I think we do have the basis for a breakthrough, which is the possibility that in future all refugees who arrive in Greece will be returned to Turkey.

"That would, if implemented, break the business model of the people smugglers and end the link between getting in a boat and getting settlement in Europe."

Under the agreement, those arriving in Greece would be sent back to Turkey unless they apply for asylum in Greece. For every returned refugee accepted by Turkey, the EU will take a Syrian refugee in a bid to reduce the numbers seeking to enter Europe by dangerous sea journeys.

Turkey has pushed for 6 billion euros ($6.6 billion) to care for refugees on its soil, as well as visa-free travel for its nationals within four months and swifter EU accession.