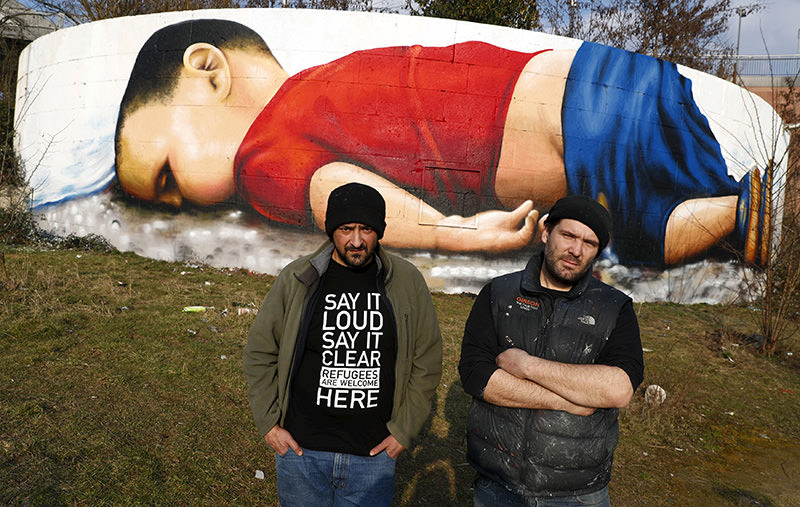 Two artists painted a 120-square-metre mural featuring the drowned Syrian refugee boy Aylan Kurdi on March 9, 2016, in the German city of Frankfurt am Main. Oğuz Şen and Justus Becker used the concrete surface of the city's eastern harbor for their political piece of art.

The two artists reportedly thought a lot about whether to paint the Kurdi or not. But ultimately, the local council gave an affirmative confirmation for him to be painted on a wall next to a pier on the eastern side of the city.

Şen and Becker spent approximately 40 hours on the 120 square meter mural. The artists also got approval for the distribution of the image in the media from Kurdi's father. Getting this approval was reportedly very important for the two artists. "Otherwise we would not have done it," Şen explained.

But the artists are aware that not everyone agrees with them painting the mural in Germany. A person passing by the mural asked the artists why they did not think of painting it in Syria, The Frankfurter Allgemeine Zeitung said in a report published on Friday, upon which Şen said: "Even if 1 percent of the people see it and they think about it, then it is worth it."

Regarding the refugee crisis in Europe, Şen voiced his opinion: "As humans, we have a duty to help others. No human being is illegal."