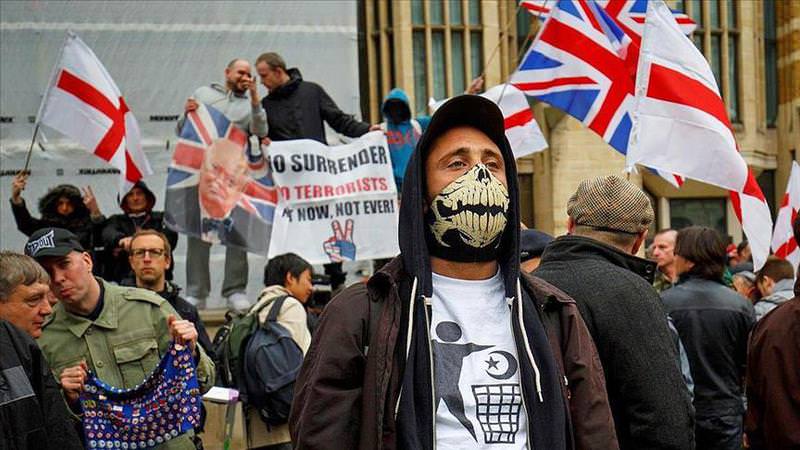 A group of activists and speakers on Thursday condemned rising Islamophobia and the British government's Prevent strategy in a public meeting held in central London.

"If you disagree with the government in the U.K., you are an extremist," said Lindsey German, a founding member of the Stop the War Coalition, organizers of the event. German said the British government used the anti-Islamic cause to hide the country's austerity, poverty, and worsening living conditions.

Activists and members of the public filled the hall at the Bloomsbury Central Baptist Church on Shaftesbury Avenue for the public meeting, called "Stop Scapegoating Muslims." Rahman Mohammedi, 17, a student from Luton Sixth Form College who last month was referred to anti-terror police under the Prevent strategy for wearing a "Free Palestine" badge, was among the speakers who told what he went through.

"I had a leaflet of Friends of Al-Aqsa, and when a teacher saw it and after a quick Google search on the group, I was declared radical," Mohammedi, the son of an immigrant Afghan family, told the crowd. "I was visited by the police on another occasion because I simply used the word 'terrorism.' "

The meeting also decried rising Islamophobia in Britain. "Racism is at a level that has not been seen in Europe since the 1930s," German said. Moazzam Begg, a British inmate at the Guantanamo Bay facilities from 2002 to 2005, joined the meeting with a special video made for the occasion. Begg said: "Muslims in this country were targeted. ... Teachers do not understand radicalism. Teachers were never prepared for the identification of radicalism. Islamophobia has risen 70 percent. ... There is no one who is exempt from being targeted. Civil liberties are eroded more every day. ... I invite Prime Minister [David] Cameron to the world of reason and equality. ... Muslims do not ask to be treated better or worse than anybody else."

Begg was wrongly accused of being an al-Qaida member and alleged to have been a recruiter for the group. He was released without being charged before returning to the U.K.

Stop the War is an activists' initiative founded in September 2001 shortly after then U.S. President George W. Bush announced the war on terror in the wake of the World Trade Center attacks. Stop the War has since been dedicated to preventing and ending the wars in Afghanistan, Iraq, Libya, and elsewhere. Stop the War says it opposes the British establishment's "disastrous addiction to war and its squandering of public resources on militarism." The group said they have organized a nationwide protest to be held in central London on Saturday, March 19.