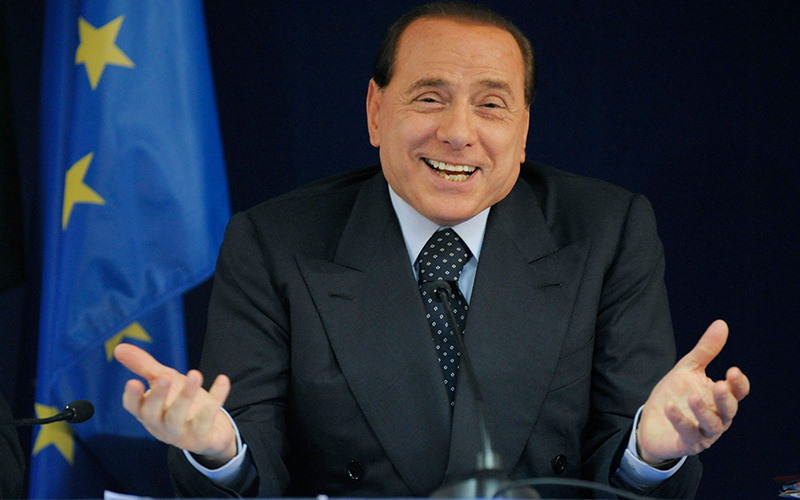 A woman could not handle being a mother and mayor of Rome, former Italian premier Silvio Berlusconi said on Tuesday, drawing sharp criticism from across the political spectrum in a country where many complain of rampant sexism.

The 79-year-old leader of the right-wing Forza Italia party also defended his choice of Rome mayoral candidate, Guido Bertolaso, who was quoted this week as saying that a pregnant potential rival, Giorgia Meloni, should focus on being a mother.

"It is clear to everyone that a mother cannot devote herself to a job and this would be a terrible job, because Rome is in such a terrible state," the billionaire said on state radio RAI.

Parties of all stripes are tearing themselves apart over municipal elections slated for June, and the new mayor will have a particularly tough job in Rome, where years of alleged corruption have been laid bare in a Mafia trial.

Meloni, who leads the right-wing Brothers of Italy party, has not yet decided whether to run but, if she does, that would split the centre-right vote in the capital.

On Sunday, the anti-establishment 5-Star Movement's (M5S) candidate for mayor of Milan dropped out of the race, saying she had been shaken by criticism of her looks and weight.

"When will they ask a male candidate to withdraw because he is not telegenic, or because he needs to be a father?" Reforms Minister Maria Elena Boschi said on Twitter.

Democratic Party deputy Titti Di Salvo said: "This is pure patriarchal machismo, deciding what place a woman should occupy. Harping on this matter shows we are still in the Middle Ages culturally."

Gender inequality is writ large in Italy's employment data, which shows less than half of working-age women has a job, 18 percentage points below their male counterparts. The female employment rate was the second lowest in the European Union in 2014 after that of Greece, according to Eurostat.

Prime Minister Matteo Renzi has trumpeted gender equality within his government, but political watchdog Openpolis says only 14 percent of Italy's mayors are women, and no city with more than 300,000 inhabitants has a female mayor.

"This is not a country for women. What is going on at the moment is incredible, it reveals a fundamental misogyny," Health Minister and mother of twins Beatrice Lorenzin said on Monday.

However, an opinion poll, published on Tuesday, suggested that M5S's female candidate to take charge of corruption-riddled Rome, Virginia Raggi, was leading the field of contenders.