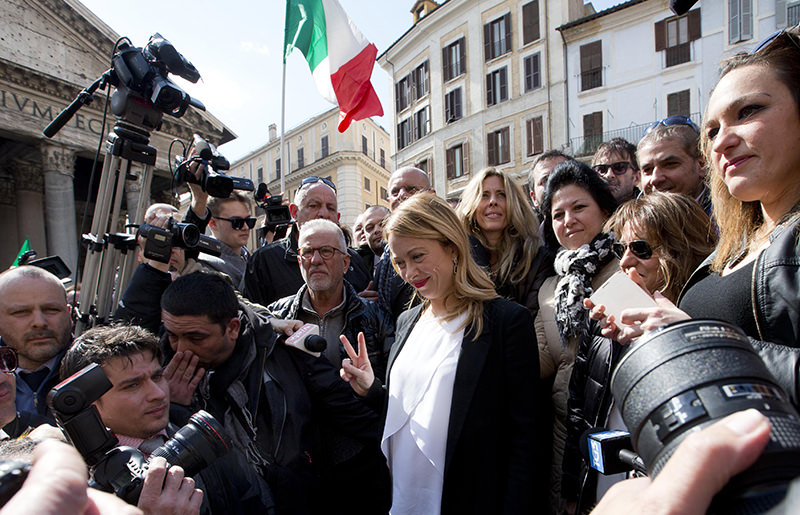 A pregnant Italian politician has announced her candidacy to become Rome's next mayor, denouncing the men who said she should stay home and be a "mamma" and vowing to beat them at the polls.

Giorgia Meloni, a former protege of Silvio Berlusconi, recalled during her chaotic campaign announcement Wednesday that the symbol of Rome itself is a she-wolf nursing twins.

In recent days, both Berlusconi and his candidate for mayor, Guido Bertolaso, have said Meloni should concentrate on being a mother and not join the race.

Meloni, who headed Berlusconi's youth movement but split with him, said she would have preferred to have enjoyed her pregnancy without campaigning: "But what I strongly believe is that no man can tell a woman what she can and cannot do during her pregnancy."