A look at Russian air disasters of the past decade 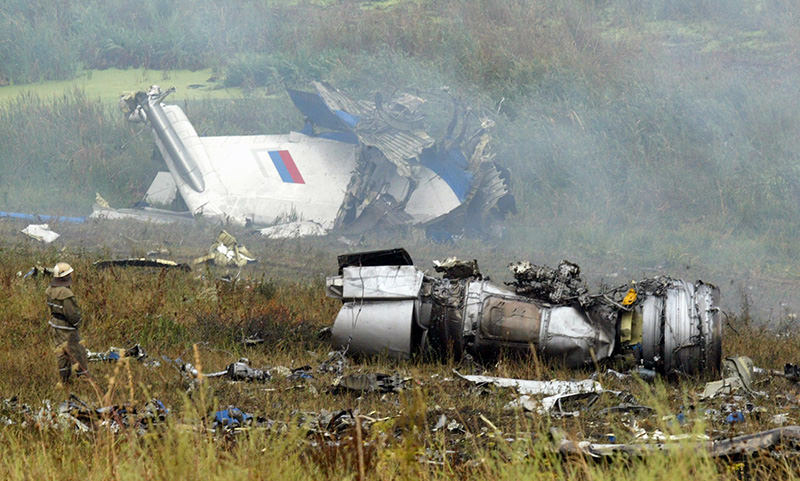 A look at notable disasters over the past decade involving Russian planes or foreign planes:

Oct. 31, 2015: An onboard bomb destroys a Metrojet airliner soon after taking off from Egypt's Sharm al-Sheikh resort. All 244 people aboard die.

Nov. 17, 2013: All 50 people aboard a Tatarstan Airlines Boeing 737 are killed when the crew sends the plane into a steep dive while trying to land in Kazan.

May 10, 2012: A Sukhoi Superjet on a demonstration flight for potential buyers smashes into a volcano in Indonesia with 45 people aboard. There are no survivors.

Sept. 7, 2011: A Yak-42 carrying the Yaroslavl Lokomotiv hockey team crashes soon after takeoff from Yaroslavl, killing all 44 aboard.

June 20, 2011: Forty-seven people die when a Tu-134 crashes on a highway in heavy fog in heavy fog while trying to land in Petrozavodsk.

April 10, 2010: A Polish government plane carrying President Lech Kaczynski and 95 others crashes while attempting to land in Smolensk; all die. Warsaw and Moscow continue to dispute whether the crew ignored poor weather conditions or if air-traffic controllers gave poor gudance.

Aug. 24, 2008: a Boeing 737-500 carrying 90 people, including a Kyrgyz high-school sports team, crashes shortly after takeoff near the Kyrgyz capital of Bishkek, killing 65.

Aug. 22, 2006: A Tupolev Tu-154 of Russia's Pulkovo Airlines with about 170 people aboard crashes in Ukraine en route from a Russian resort to St. Petersburg. All on board are killed.

July 9, 2006: At least 124 people die when an Airbus A-310 of the Russian company S7 skids off the runway in the Siberian city of Irkutsk and bursts into flames.

May 3, 2006: An A-320 of the Armenian airline Armavia crashes into the Black Sea while trying to land in the Russian resort city of Sochi in rough weather, killing all 113 people aboard.